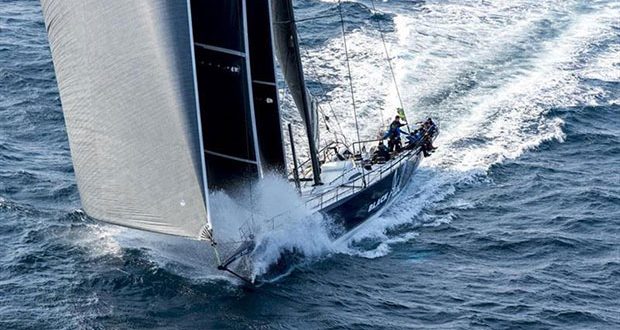 Ever wonder how much work goes into preparing a yacht for the Cruising Yacht Club of Australia’s Rolex Sydney Hobart Yacht Race – never mind a big boat that has just returned from Europe amid the COVID-19 pandemic?

Peter Harburg had not planned on Black Jack’s return to Australia when he put the 100-foot super maxi on a ship bound for her new home in Monaco, but COVID-19 arrived, with Europe hit extremely hard.

Harburg’s skipper Mark Bradford says, “We weren’t planning on coming back to do the race. We thought last year was to be the last one.”

However, just after the ship left Australia, the virus struck.

“We had a squad of five ready to go to Europe to take care of the boat. But then the virus risk increased, so got we got a team to unload it and put it on a ship back to Australia.

“It’s a bonus we got to come back and have another go.”

On readying the yacht to race, Bradford explained, “Loads and engineering are such a big part of preparing – you have to go through it all again; you have to be as safe as you can; you need to understand loads and that takes a long time because it involves a lot of different equipment that can break if you don’t get it right.

“You also have to learn the changes that have been made to the boat. The bow modification was pretty significant. You have to keep up with the others – Wild Oats XI got better and better – so you learn how to sail the boat again. The fortunate thing is that last Christmas the level we prepared to was pretty high.”

Bradford concedes they are also missing some of their key crew. “Of the Kiwi guys who usually sail with us, Scott Beavis was the only one who could join us.”

The replacements include America’s Cup-winning Olympic gold medallist and world champion sailor, Tom Slingsby. Slingsby was in the afterguard of Perpetual LOYAL (now Christian Beck’s InfoTrack) when it took line honours and broke the race record in 2016.

And if the conditions are right, Black Jack, which took line honours as Alfa Romeo in 2009, could make it a second victory in a year where there is just one other super maxi entered: InfoTrack.

The two boats haven’t much in common. Black Jack is a 2005 Reichel/Pugh design, while InfoTrack was built in 2008 and comes from the drawing board of Juan Kouyoumdjian. Regular updates keep the boats fast and interesting. 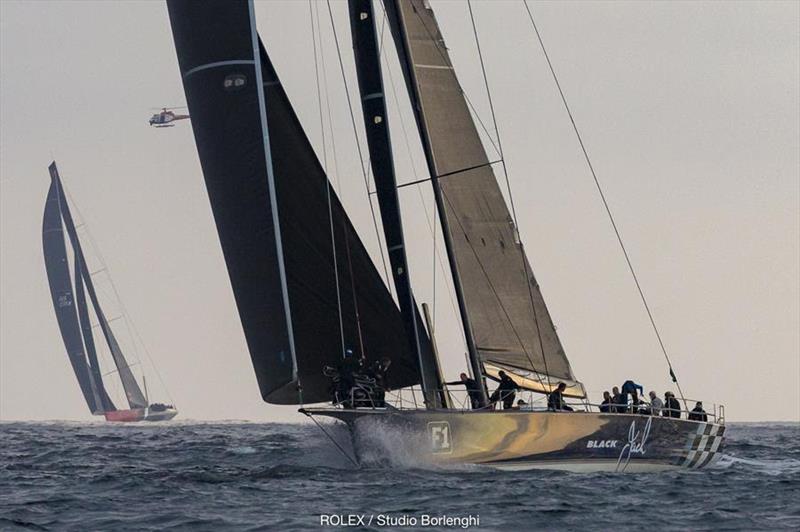 “Black Jack is still the boat to beat in lighter wind. Our big advantage is in eight knots. Theirs (InfoTrack) is 20 plus knots,” Bradford said of the boat that bears both Monaco and Queensland on its transom to reflect Harburg’s homes. It is based at Sydney City Marine as it awaits the 628 nautical mile race to Hobart.

“For sure those two could take line honours, but it would probably take some break downs on the 100s, or if it’s a traditional race (hard upwind), but the stars would need to align.”

Bradford admits that if it blew 25 knots the VO70 should be able to do it. “But then the risks go up in that breeze too. You can’t discount them though.” Giacomo (a VOR 70) finished second over the line to Perpetual LOYAL in 2016 when the record went, so it can happen,” he said.

“We’re sailing again with a full crew. We haven’t done it all year, so we’ll have to remember how,” he said with a laugh. “We’ll do more training and we’ll be rusty for sure, but it’s pretty much standard procedure. In 2005 we had no idea how to sail these types of boats, but we’ve had the best part of 15 years’ experience now.

“I’ve been pretty vocal in ‘don’t call the race off until you have to’, and I think it is the right path. It’s great for us, but more so for the event’s history. And it brings money into the marine industry – so I’m happy about that because it’s been tough for so many.

“Right now, I’m just happy to see there will be a good fleet on the start line.

“It’s disappointing not having Wild Oats XI in the race, but I understand the reasons why. We’ll miss the competition. And for Scallywag to get the owner and entourage in from Hong Kong makes it very hard. It’ll be quite different with just two 100s. The two have been close for a long time though, so it’ll still be a great race. InfoTrack’s just got better and better.”

The Boxing Day start of the Rolex Sydney Hobart Yacht Race will be broadcast live on the Seven Network throughout Australia and Live and On-Demand on the 7plus app.

For the full list of entries and all information visit www.rolexsydneyhobart.com.