Harm Müller-Spreer’s Platoon team won the Rolex TP52 World Championship title on the Bay of Palma today, but the German-flagged team, led by the Hamburg-based owner-driver did not make it easy for themselves as they had to contend with two additional penalty points that they were given for twice making contact with rival boats as well as two penalties for different infringements during a tense, nervy showdown with Azzurra.

But Platoon’s unerring consistency during Wednesday’s three races – a fantastic showcase of speed and agility in a brisk offshore northwesterly wind – when they put together two wins and a fifth, was enough for Müller-Spreer’s super solid, tight-knit team to ride their luck much more than they should have needed to, to emerge with their second Rolex TP52 World Championship title in three years, winning over Azzurra by two points. 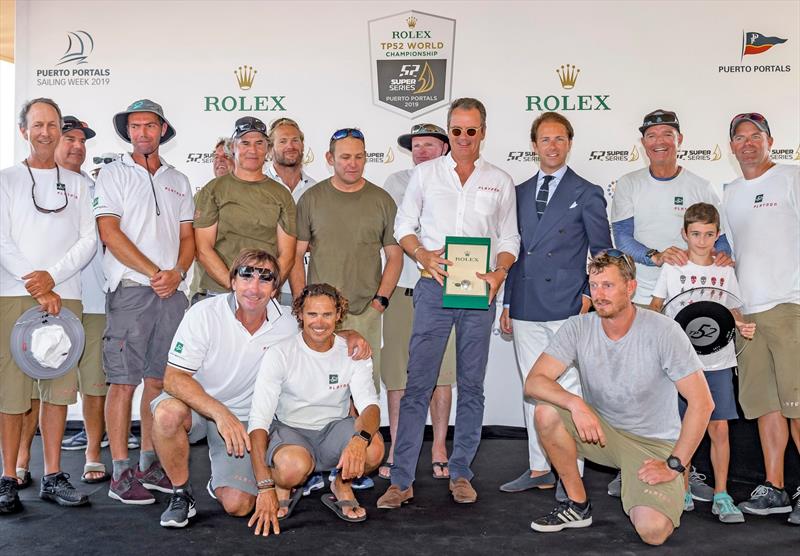 Relief was the emotion most evident on the face of Muller-Spreer as he stepped ashore on the dock in the Marina de Portals, Puerto Portals. The three-time Dragon Gold Cup winner admitted:

“We shot ourselves in the feet a few too many times today but it feels great to win. Winning the title twice in three years say a lot about this team I think.” 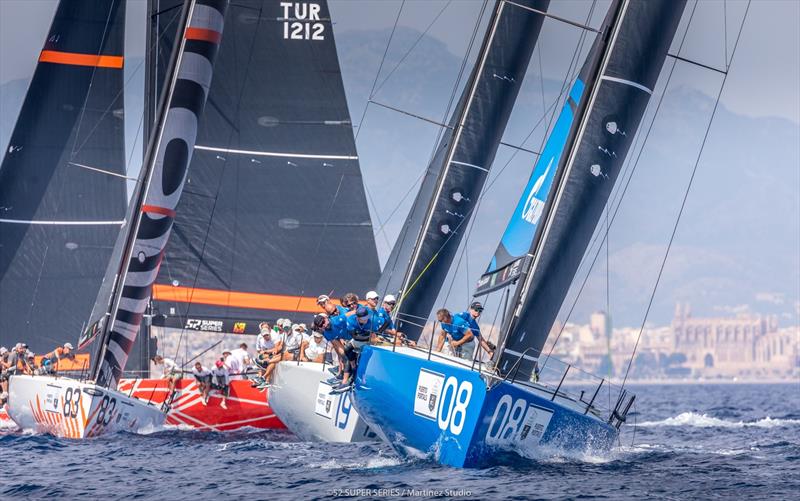 Platoon followed up Wednesday’s hot streak with a decidedly disappointing 8,9. But Azzurra fared only a little better. On a day when Platoon all but gift-wrapped a third world title for them, Azzurra failed to capitalise, sailing to sixth in the day’s first race and then seemingly unable to shake off Platoon for eighth in the second race. But the Roemmers’ family team, which sails under the burgee of the Yacht Club Costa Smeralda, heads to their home club in Sardinia, Italy for next month’s circuit finale carrying a healthy seven-point lead. 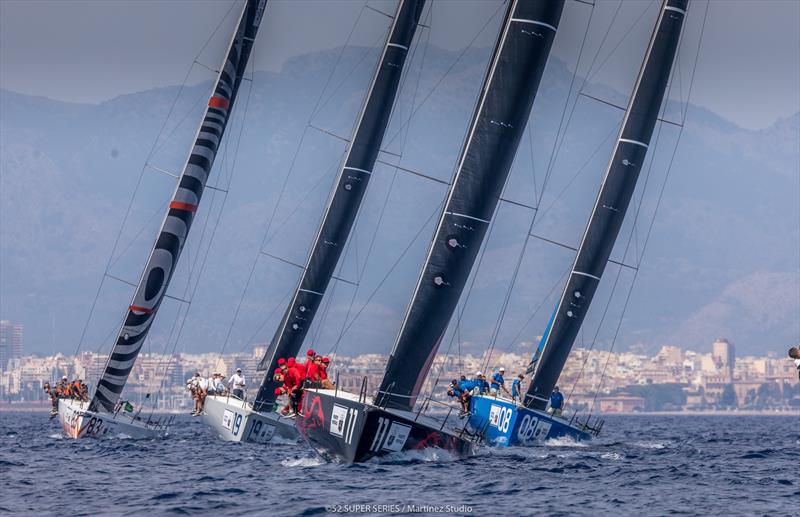 “On a day like this you absolutely have to keep your heads up that’s all, the race isn’t over until it’s over. You could see it today as well; so many windshifts; so everything could have happened in that race.”

“We have a great team, we’ve been sailing together now for three years, but we’ve never been in this position before – with a nice lead going into the last day – so we’re going to learn from this and we’re going to be an even better team now. I’m really looking forward to the next regatta in Porto Cervo. It’s different sailing in the lead, you do probably do things differently, but we’re really happy it’s turned out well. We have a great team, really good teamwork and energy on board and we’re gonna rely on our team and our teamwork to beat Azzurra in Porto Cervo.” 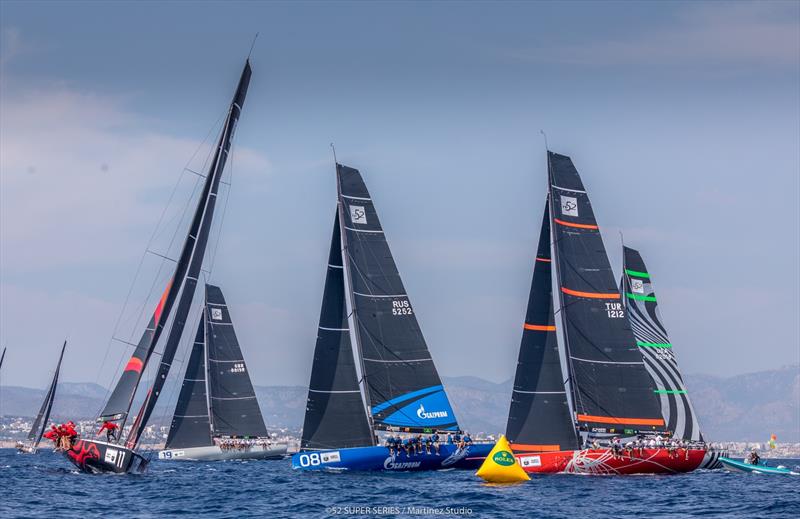 “It is a shame for us. It was a day full of opportunities and we failed to take advantage. We started ahead of them in both races. We put a penalty on them in the first one and we never positioned ourselves to take advantage of that. They made a lot of mistakes, but once more, here we are, second by two points. There are some times you might be happy with that result if you feel like you did your best, but we did not do our best. And that is a strange feeling because in reality we took a lot of points back, but in reality we gave a away a big opportunity to become world champions. We need to put our heads together now and make sure that when we finish in Porto Cervo we are at least one point ahead of second!”

Vladimir Liubomirov’s Bronenosec took third, their first podium finish at the Rolex TP52 World Championship, after competing in 2015, 2016, 2017 and 2019.

“It was a really hard day. We made some mistakes but we did enough in the second race to take third. We made some good calls downwind. But it is a great team effort. It is important for us but it is important to see how our team is working. We are pretty consistent on the race course and the results. We can still play in Porto Cervo.” 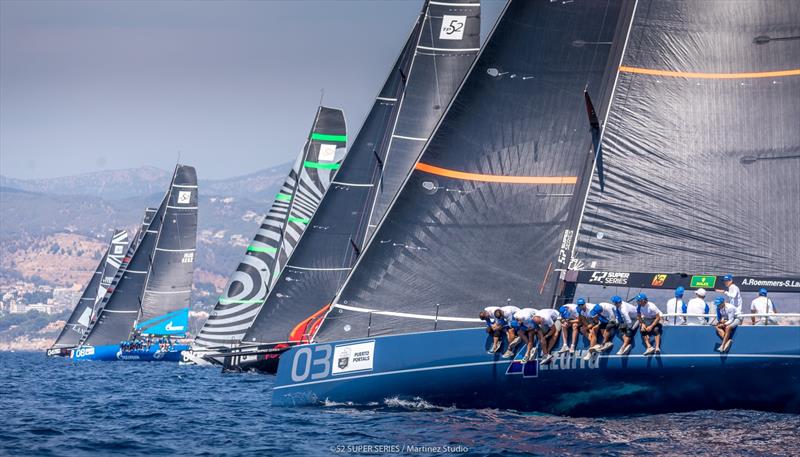 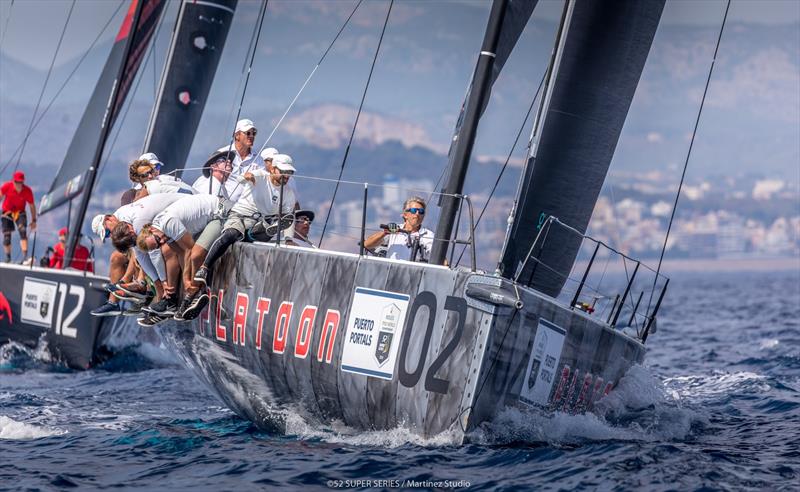 Azzurra is runner up at the Rolex TP52 World Championship

Azzurra is in second place at the end of the Rolex TP52 World Championship, which is also the fourth event in the 2019 52 Super Series, while the new world champion is Platoon. The final event in the 2019 season will be in Porto Cervo starting on September 23rd.

The final day of racing at the Rolex TP52 World Championship was run in thermal breeze from the south west 7 to 10 knots that was light and very unstable, conditions that made tactical and strategical calls particularly difficult and complex. Azzurra successfully defended her second place overall, but didn’t manage to edge out Platoon, who ended this event with just a two point lead. Third place for the Russian boat Bronenosec that has several Italians on her team.

Azzurra’s goal is to win the war and not the battle and she is looking for the 52 Super Series season win as her skipper Guillermo Parada stated before this 2019 World Championship. In this light, the boat flying Yacht Club Costa Smeralda’s burgee is still ahead in the season’s provisional overall results with a 6 point lead over Platoon and 11 points on Quantum Racing. 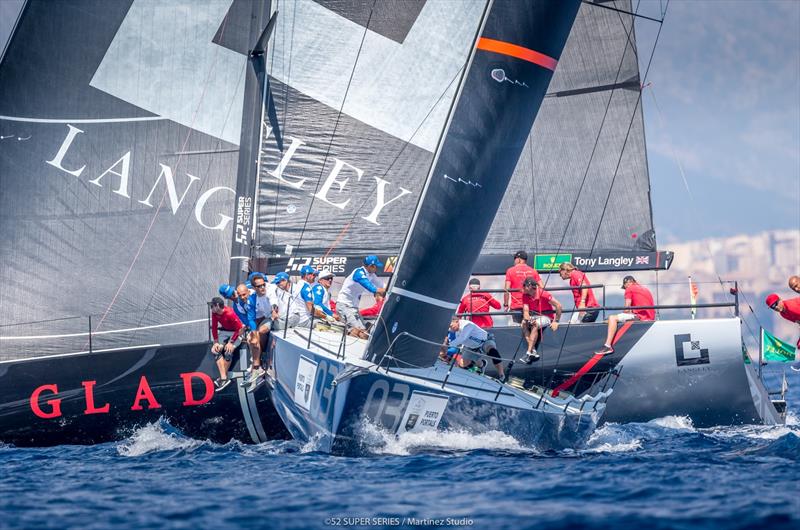 In both of today’s races- which were really three starts because the first race was immediately abandoned so that the course could be moved after a wind shift – Azzurra got good starts on the left, the side that all of the teams wanted. But the unstable winds played dirty tricks on her and she always finished towards the middle of the fleet but still ahead of her closest rival for the win: Platoon. The German team was very aggressive today and got two penalty points for as many contacts, one of which was pre-start with Azzurra.

“Things could have gone better today,” said navigator Bruno Zirilli. “But the wind rotated suddenly, especially in the second race. Proof is the fact that Platoon, who was chasing the fleet because of the penalties they got, twice chose the opposite side as the rest of the fleet and they recovered positions and limited the damage. They were really lucky and that’s not a word that I like to use.”

Alberto Roemmers, Azzurra’s owner, had these words: “It was really close again today, we were just two points from first place. We didn’t get lucky in the choice of which side of the course to be on and it was a difficult day overall with calm winds and a lot of shifts. We could have used some luck to be in the right place at the right time. But our maneuvers and starts were perfect and I trust in the fact that this team will do a great job in Porto Cervo.” 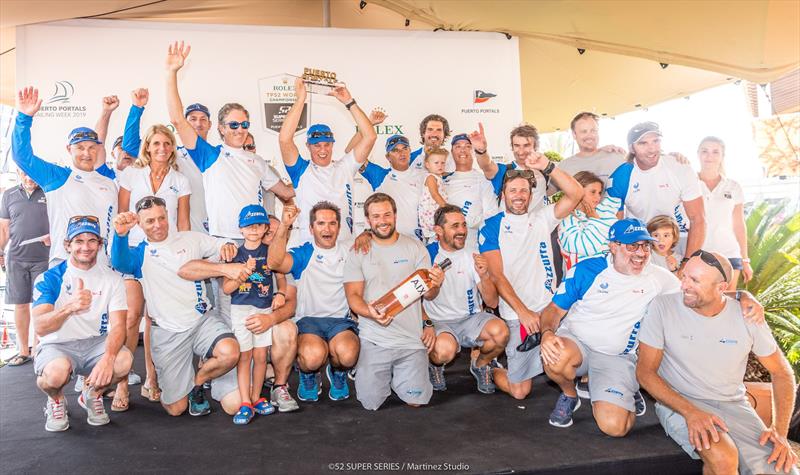 Guillermo Parada, skipper: “It’s a little bit disappointing because we had a lot of opportunities but we never managed to take advantage of them. We started ahead of Platoon in both races, they made a lot of mistakes and got penalties, but we didn’t recover enough. So once again we are second. Sometimes you’re happy if you do your best and come in second but today it doesn’t feel so good because we missed an opportunity to become world champions and lost a bit of our advantage for the season overall. It is what it is, there’s nothing we can do about it now and we have to think about Porto Cervo. It’ll be a big finale and if we win the 52 Super Series after coming in second at the final event we’ll be celebrating like you wouldn’t believe!”

Riccardo Bonadeo, YCCS Commodore: “There was a chance of winning this World Championship, but if the new champion finished behind our team today it shows that the situation on the water wasn’t simple. I will be happy to welcome our club members the Roemmers family and the entire Azzurra team in Porto Cervo in three weeks, and they will be arriving as the provisional overall leaders in the 2019 season.”

The TP52 fleet will be heading to Porto Cervo in Sardinia for the final event in the 2019 season, organized in collaboration with the Yacht Club Costa Smeralda and held from September 23rd to 28th.