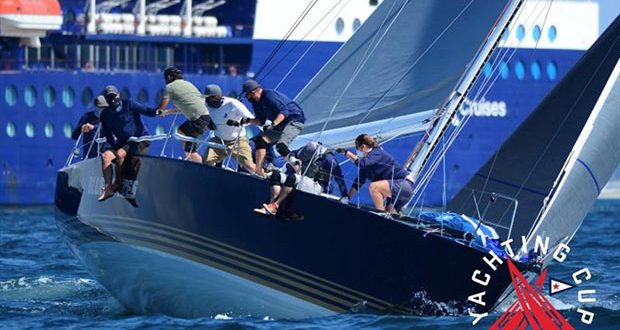 After a full year of limited racing, postponed regattas, and socially distanced sailing, it seems like the world of competitive racing is finally getting back on course.

In October 2020, San Diego Yacht Club hosted a postponed edition of the Yachting Cup, one of their most popular signature regattas. Thirty-seven boats came out as restrictions on boating eased – an event that typically hosts over 100 boats. A mere six months later, and the Yachting Cup is working to get back on course as well, returning to the weekend at the beginning of May where it’s been held in years past: May 1-2, 2021.

While the event might not be ramped up to it’s typical pre-Covid model, it is clear what the main attraction of the Yachting Cup really is: the sailing. SDYC Waterfront Director Jeff Johnson says it best, “The success of the event has been and will be being able to get out on the water. It’s an event for all of those that are looking to sail, and that’s why we do it – for the competitors. It’s not about the food and free drinks or fancy awards. It’s just to sail. And that’s what we’re doing.”

The 2021 Yachting Cup begins at 1200 on Saturday, May 1 and will be held on two ocean courses on the Coronado Roads. Competitors will be divided into one design fleets or Handicap Divisions (PHRF, ORR, ORR-ez). 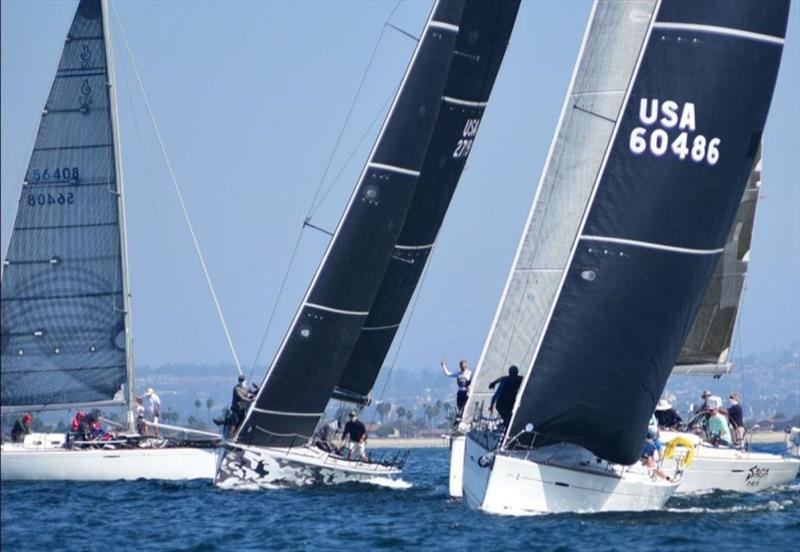 Always one of Yachting Cup first entrants is SDYC Staff Commodore John Laun’s J/120 caper, who hasn’t missed a Yachting Cup in 20 years before last October’s regatta. Similar to many competitors, this will be his first opportunity back on the water. “This will be caper’s first regatta in 16 months. I’m excited to reunite with the crew. We’ve been together for over 10 years, some as long as 20. My crew is full of great friends and skilled sailors,” explained Laun.

Another J/120 skipper ready to get back out on the water after an injury last fall is SDYC Staff Commodore Chuck Nichols, sailing on CC Rider.

“I’ve raced in almost every Yachting Cup since the early eighties. The best racers in Southern California show up for the Yachting Cup. Everyone knows they will participate in good competition with good Race Committee work,” he started. “Between major regattas, we try to sail races that are similar to the types of courses we are going to see in the near future. Continuity of crew is critical to our success. They all know their jobs well and we work hard to get them out for every race on our calendar. Our crew is a fun-loving bunch who really enjoy joking around, but they also know when to hang up the hijinks and get down to racing.” 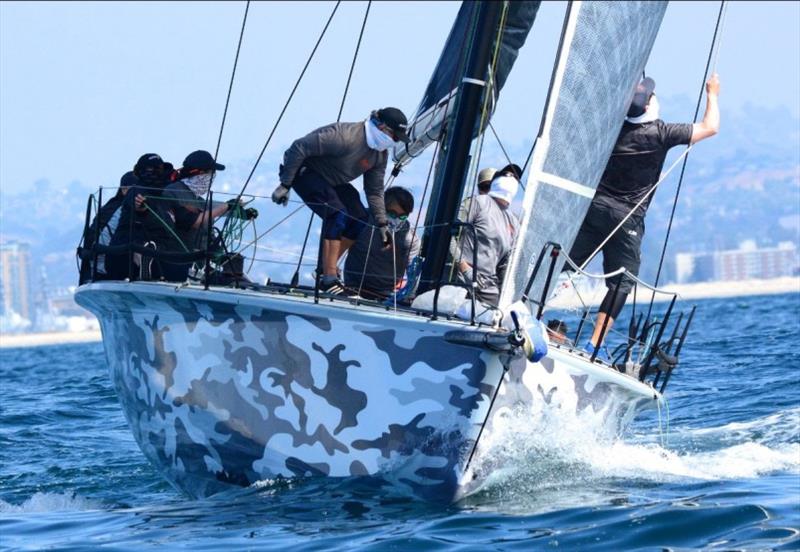 Back for another year to chair the event is Patrick Murray. “As we’ve endured an extremely long year dreaming of the things that we love to do, it’s time to get back at it and get back out racing. We’re excited to be hosting an event that will be building on the 2020 Yachting Cup as we work our way closer to a new normal,” he started.

“As with the 2020 edition, we’ll be focusing on the water and high level racing on both courses. We expect to have extremely tight one design racing in the J/105, Beneteau 36.7 and other fleets while we’ll have the bigger boats going head to head on the far course. One thing is for sure, you can count on all the teams bringing their A-games as the competition is always tight! We’ve had an active weather pattern here this spring, and that’s a good sign that we’ll get really nice sailing condition. We’re looking forward to having a great regatta! See you on the water,” finished Murray.

Safety precautions are in place to ensure a healthy event such as socially distancing and wearing face coverings. SDYC is strictly following the protocols set forth by the County and the State. Due to continuing restrictions on gatherings, there will be no post-race socials on Saturday or Sunday evening. This year’s Yachting Cup will continue to feature a Skipper’s Meeting via Zoom. Awards will be announced at the Post Race Debrief after racing on Sunday, May 2. Awards will be available for individual pick-up or delivery.

See the Notice of Race here