‘Stay out of the pack… and preferably in the front’ was the goal of today’s current first place skipper Will Holz of Chicago Yacht Club. On day two of the Sir Thomas Lipton Challenge Cup, Holz and his crew were able to do just that, showing their competitors just how skilled they are in their home-town like winds.

The breeze was stronger than typical San Diego conditions today, seeing southerly winds with speeds in the range of 16-18 knots for the majority of the races.

Teams were thrilled to be sailing faster and harder than on day one, especially Chicago Yacht Club, St. Francis Yacht Club and San Francisco Yacht Club who all came to Southern California from the some of the breeziest cities in the country. Holz (CYC) was able to use the breeze to his advantage and make his way from third place to first place in four races. 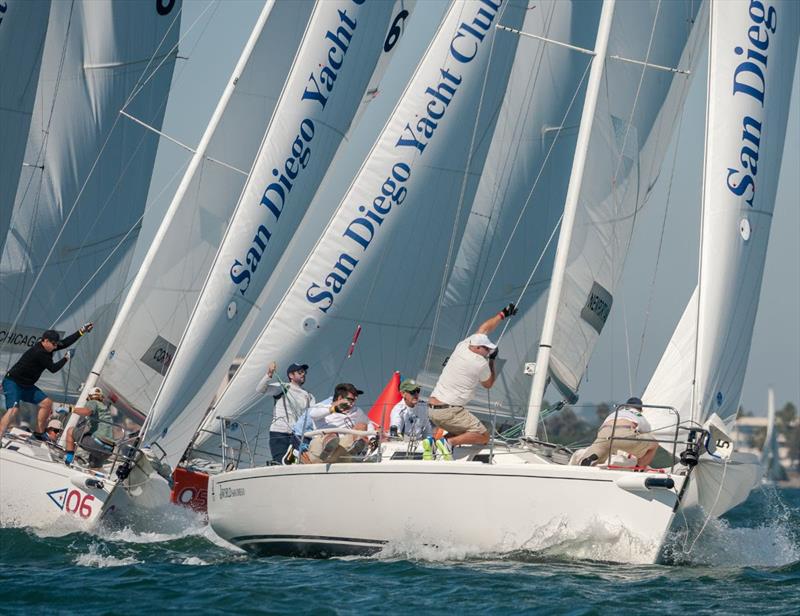 Holz commented on today’s races. “The key for us was having clean starts and being able to make our own decisions off the line during all of the races. We always felt fast and the team is doing really well around the course. We do get this kind of breeze [in Chicago] and we’re pretty comfortable in it.”

Law, skippering for NHYC, was the winner of the day, taking three bullets in races five, seven and eight. Their scores today brought them into their second place position and only one point behind Chicago Yacht Club. Learning from the first day of the regatta, Law switched up some of the teams assignments on the boat to be a little more fitting and lead to their success. 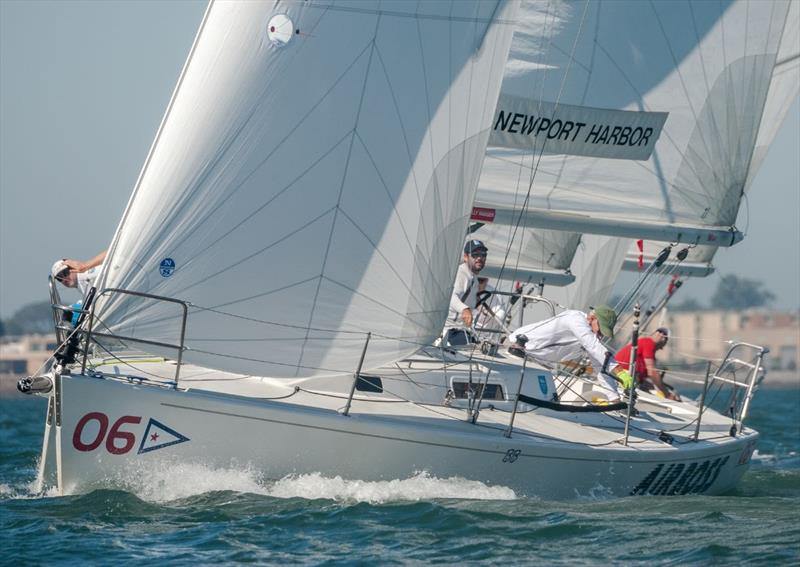 “We had some of the bigger guys on the boat stay on the rail and had the smaller guys move around a little more. We might have even got a fourth bullet today, but our kite got wrapped up on the second race [race six]. The most notable part of today… it was that we ended smiling at the end of the day,” explained Law.

Tonight at the San Diego Yacht Club is the traditional Lipton Cup banquet where skippers will be invited on stage to roast their fellow competitors and their teammates. One of the most anticipated aspects of the Lipton Cup, the banquet is sure not to disappoint! Tomorrow morning, the eleven boats will return to South Bay for the final three races in the 2019 Sir Thomas Lipton Challenge Cup where only one team will bring the coveted Cup back to their yacht club. 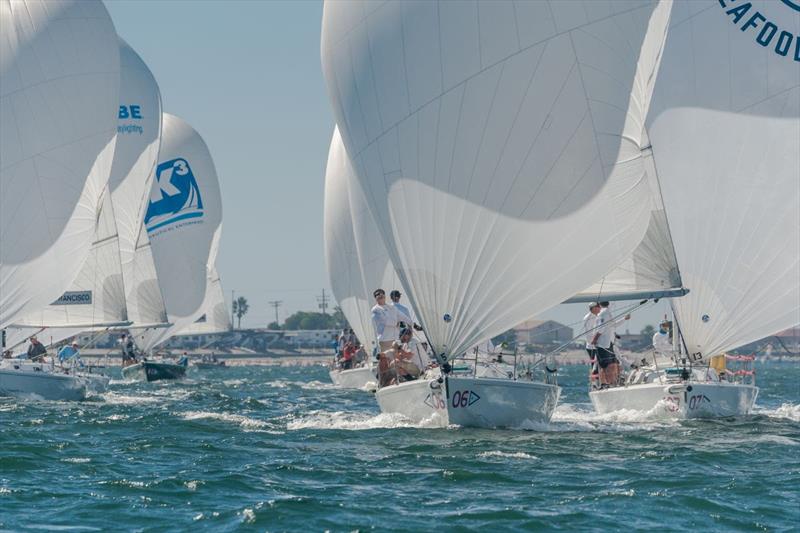