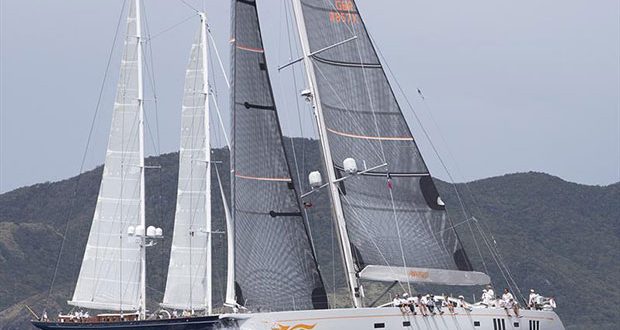 Day Three of the 2020 Superyacht Challenge Antigua was both bizarre and eventful. Shortly after the starting sequence the race are was enveloped in low cloud and torrential rain, scattering the wind in every direction.

For over four hours, the superyacht fleet battled for supremacy, as well as control of their yachts in wind speed varying from zephyrs to 18 knots.

Oyster 885 Firebird skippered by James McDonald took their third straight bullet in the Buccaneers Class. In the Corsairs Class The 112ft (34m) Baltic Nilaya, with Filip Balcaen at the helm, took their first win. In the Privateers Class the 140ft (43m) ketch Rebecca, skippered by Rob Foxell, scored their first bullet of the regatta. 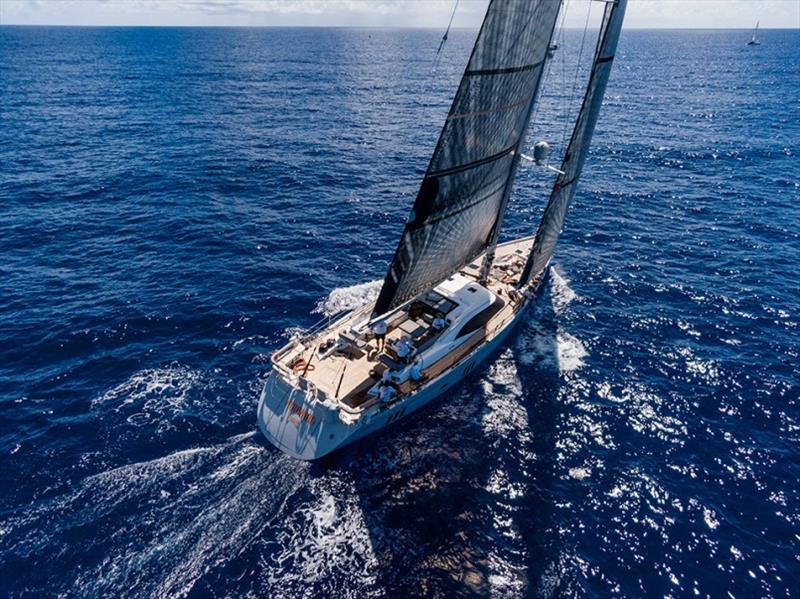 The Oyster 885 Firebird is now unbeaten in the Buccaneers Class and whilst the team, with Jasper Bank on tactics, have dominated Firebird must still finish the job in the last race. The 182ft (55.5m) Dykstra schooner Adela skippered by Greg Norwood-Perkins is the threat three points behind in second. The 121ft (37m) Dykstra sloop Action skippered by Josh Gilchrist is in a solid position for the podium after another third place today.

One of the best starts today was by the 169ft (52m) Dykstra schooner Meteor, sailed by sailed by member of Monaco Yacht Club Eugene Rene. Inspired by the owner’s love for the Gloucester Schooners, Meteor is a traditional schooner weighing in excess of 300 tonnes. Crossing the start line just 8 seconds before the gun is worthy of praise!

The Privateers Class will go to the wire on Sunday after a momentous race with an extraordinary outcome. Peter Harrison’s 115ft (35m) Farr ketch Sojana, had a man over the side in Race Three. He was rescued without injury and the team got back in the race. It was a bitter pill that all but decided a fantastic battle with close rivals Rebecca.

The race was full of drama right from the start, as Sojana was called OCS. The MOB combined with Sojana’s penalty put them third for Race Three. The 94ft (29m) Southern Wind sloop Aragon, skippered by Nico Carpentier, was second. Sojana tied with the 108ft (33m) Malcolm McKeon sloop Missy for third, having both scored an identical ORCsy corrected time. The big picture is that Sojana and Missy are now tied for the class win going into the last race. 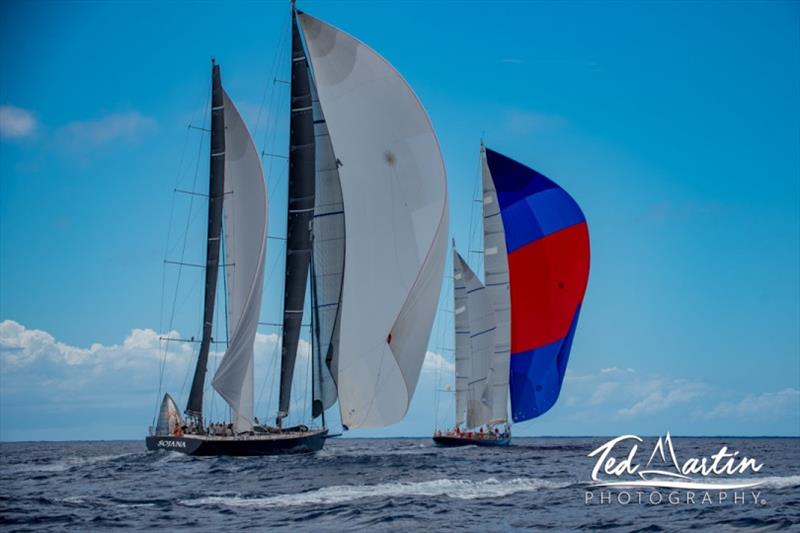 We had three lead changes with Sojana today,” commented Rebecca’s Darryl Starr. “Obviously Sojana’s MOB added to that, or it would have been two. With the weather, it was like a lottery, Fuzz (Grant “Fuzz” Spanhake at the helm) was spinning the wheel like we were at the casino! The wind was all over the place, we were watching boats sailing on completely different wind, even spinnakers going towards each other. Coming to the Curtains mark, some of the heavier boats had way on, and some of the carbon boats were drifting sideways. It was tricky to keep the boat going, and the wind at the top of the rig, and on the water, was very different. It was satisfying though, because today wasn’t about boat speed, it was about our afterguard putting the boat in the right place. I am sure they got a few more grey hairs, but they did an amazing job, as did the team at the front.” 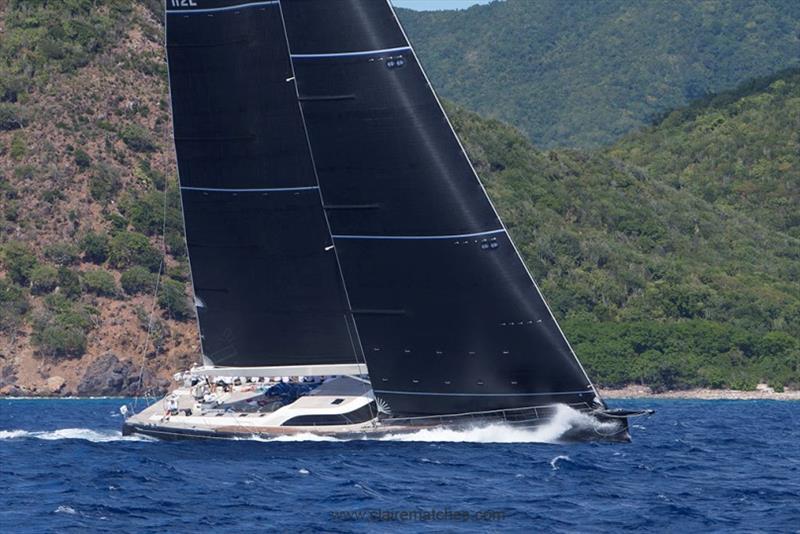 In the Corsairs Class, the 112ft (34m) sloop Nilaya, with Filip Balcaen at the helm, won Race Three, keeping their hopes alive of retaining the class win from last year. The 108ft (33m) Javier Jaudenes sloop WinWin was second. Third was the 112ft (34m) sloop Liara sailed by Tony Todd. The Class will be decided in the very last race.

“It was one of those days with a lot of cloud and rain with plenty happening,” commented Nilaya’s tactician Bouwe Bekking. “With guys like Wil Oxley, Stuart Bannatyne and myself on board, we have a pretty good angle on clouds and rain squalls, but we did get bitten on the backside once, that’s how it is! I think we sailed an excellent race, and the many sail changes went very well, and sometimes you need to be a bit lucky as well!” 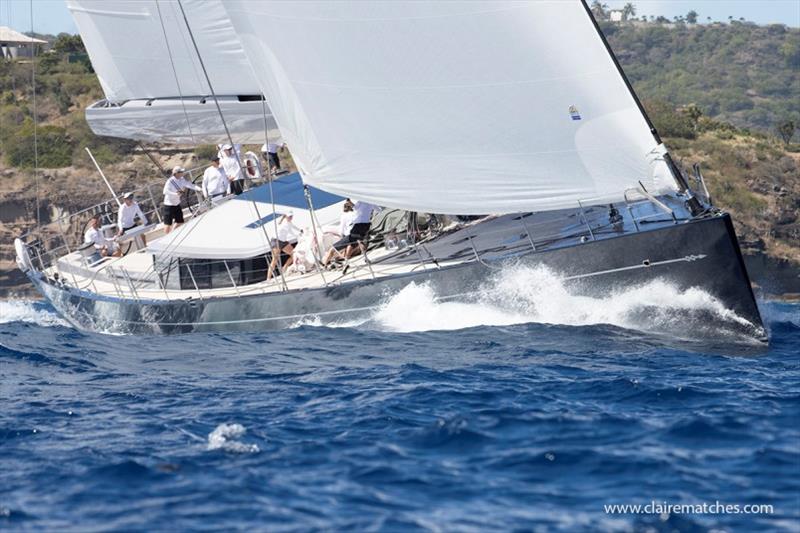 On Friday 13th March, the Stand-Up Paddle Board competition with the assistance of Christal Clashing, was in aid of the Antigua National Sailing Academy which has been established for ten years. The event raised close to US$ 2000 for the academy.

The NSA offers sailing and swimming to all school children in Antigua as part of the national curriculum. The NSA is also the home for Sailability Antigua, which is one of the few RYA Sailability venues outside of the UK. 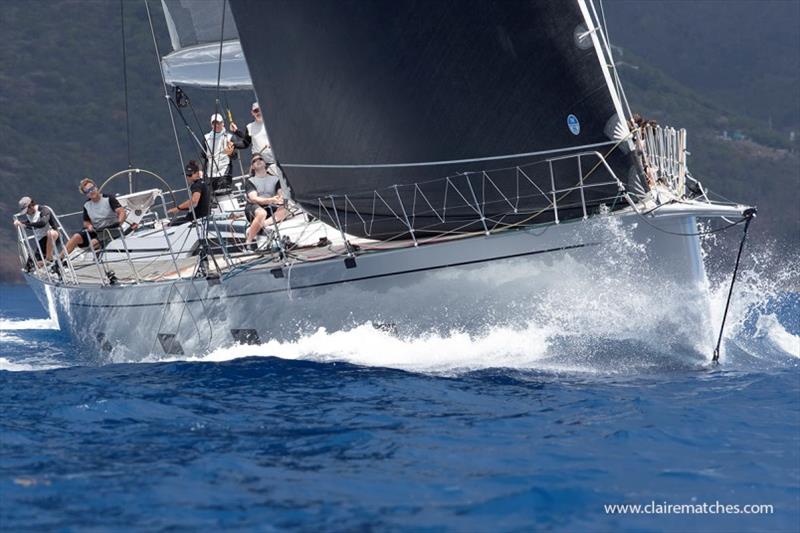 Racing at the 10th Anniversary of the Superyacht Challenge Antigua concludes on Sunday 15th March, with the sequence scheduled to start at 1100 local time (1500 AST). 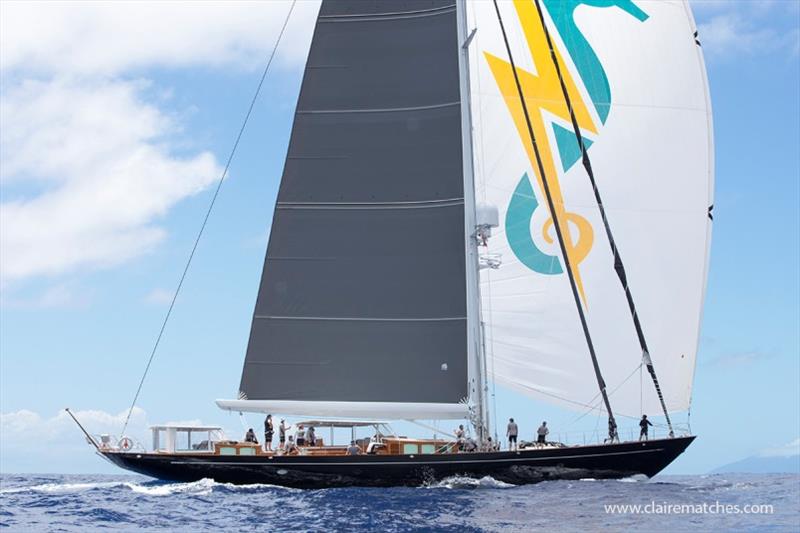 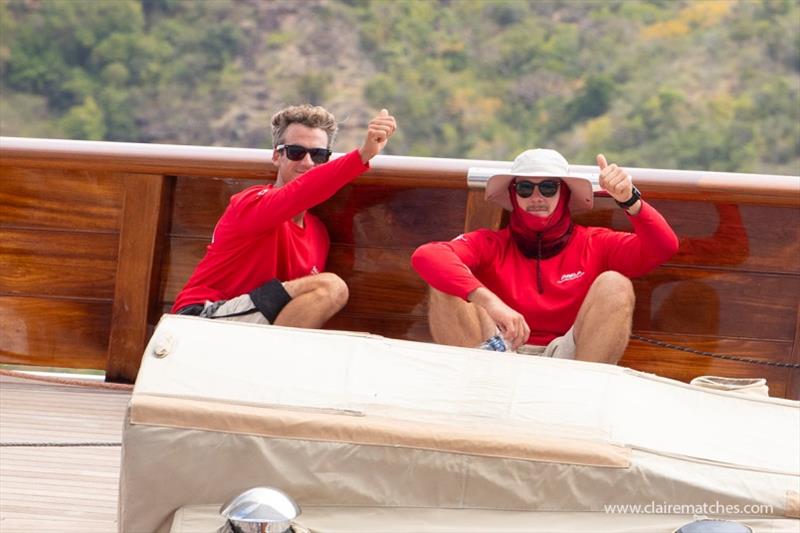