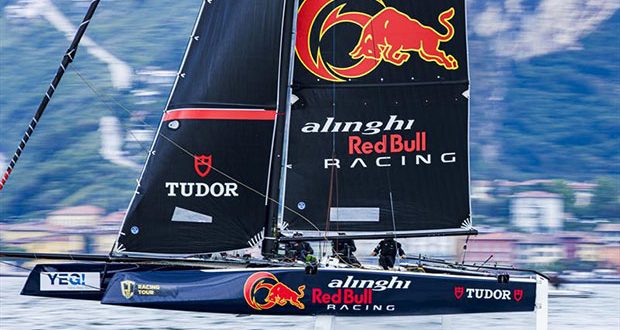 With great anticipation the ninth season of the GC32 Racing Tour sets sail tomorrow (Thursday 26th May) with the GC32 Riva Cup. This will be the first of five events in 2022 spanning southern Europe for the foiling one design catamaran fleet created by Dr Martin Fischer, now Chief Designer with the INEOS Britannia America’s Cup challenger.

Surrounded by towering Italian alps at the northern end of Lake Garda, Riva del Garda is a favourite venue with the GC32 teams and world renowned for its flat water and strong winds, ideal for high speed foiling catamaran racing. The GC32 Racing Tour is being hosted here as usual by the Fraglia Vela Riva, the event itself supported by the Trentino province, Comune di Riva del Garda and Cantina Toblino. 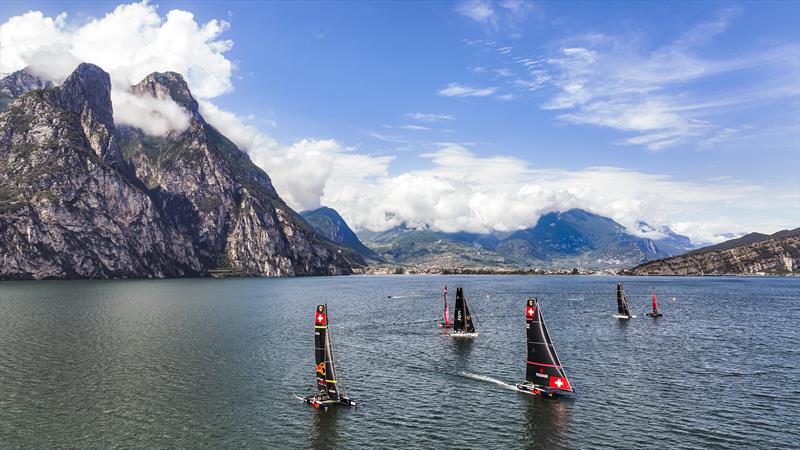 As ever, an enticing feature of the GC32 Racing Tour is the make-up of its fleet. Here in Riva there are four privately-owned teams – Simon Delzoppo’s.film AUS Racing, Jason Carroll’s Argo from the USA, Christian Zuerrer’s Black Star Sailing Team from Switzerland and, from France, Erik Maris’ Zoulou. But in addition two represent an America’s Cup team and one a team from SailGP (more from this circuit will be announced soon). Being able to race against such teams represents a unique opportunity for owner-drivers on the GC32 Racing Tour.

Returning for their second season on the GC32 Racing Tour is Team Rockwool Racing from Denmark, skippered by 32-year-old match racer turned round the world sailor Nicolai Sehested. While participating on SailGP is the team’s priority, the GC32 Racing Tour provides not just valuable training to keep Sehested and his crew race fit, but also a valuable corporate entertainment platform. This week around 150 corporate guests of the Danish manufacturer of mineral wool products, from Italy, Croatia, Germany and Denmark will be present at the GC32 Riva Cup, with many getting to go out sailing on the flying catamarans and to meet ‘their’ crew. 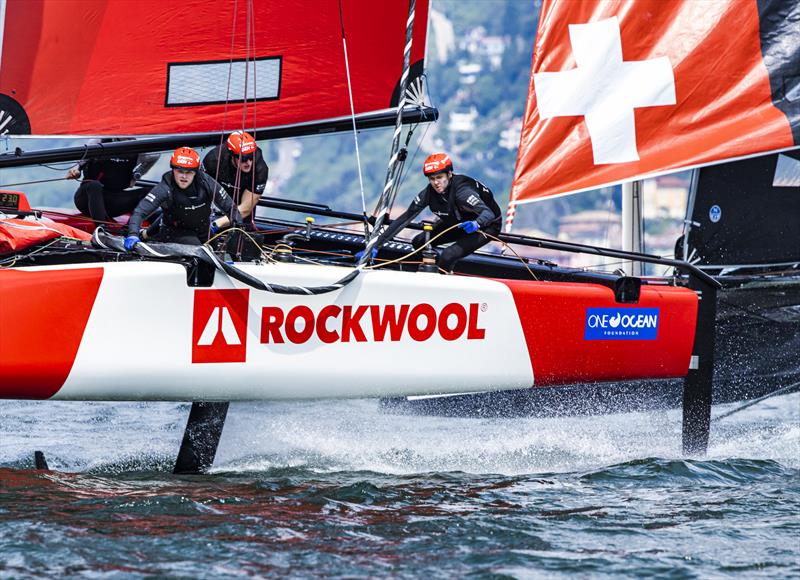 Until this week Team Rockwool Racing hadn’t sailed their GC32 since the last event of 2021 in Spain’s Mar Menor, but during training this week they have rediscovered the boat. “We won’t be as sharp for the first few days, but it will come back,” admits Sedested, whose crew remains similar to last season but rotating grinders. New on board is powerful Swede Julius Hallström, part of last year’s Red Bull Sailing Team’s GC32 World Championship-winning crew.

While this is the first time Team Rockwool Racing has competed on Lake Garda, Sehested is no stranger to it having raced dinghies and then keelboats here extensively during his youth. As to this year’s competition, he feels that the main contenders will be the Alinghi Red Bull Racing teams and Black Star Sailing Team, which was heavily on the ascent in 2021. “They will be very strong – it is a hard fleet,” Sehested warns.

The reason for the Swiss challenger’s second GC32 Racing Tour team is partly an exercise in training up young Swiss crew but also as an assessment platform, to source talent for their America’s Cup crew. Personally Bachelin, 24, is a highly experienced foiling sailor having raced on Moths, the 69F skiff and on the GC32’s little brother, the two person Flying Phantom foiling catamaran. 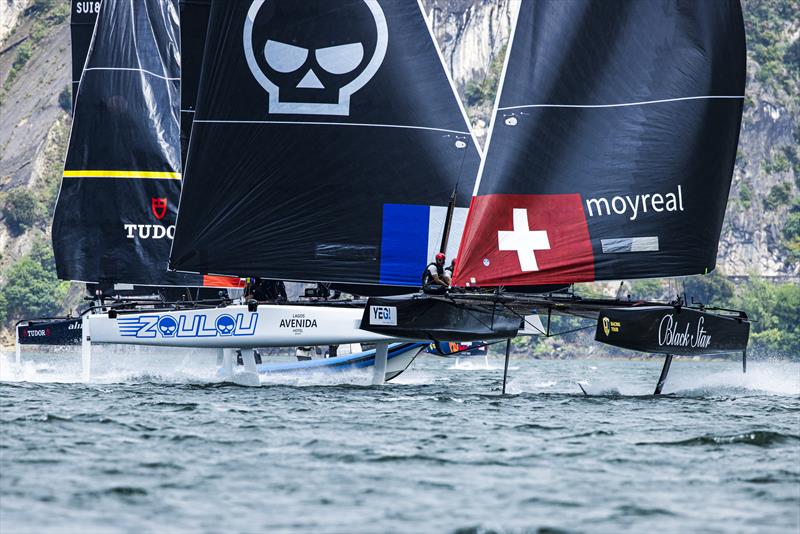 Nonetheless the GC32 is a big step up, having trained on it for just two weeks. Tomorrow will be his first race in anger and while he too is familiar with Lake Garda, this will be his first ever race skippering a crew of five. “I would say we are quite confident – the old crew of the other boat have been helping us and giving us some knowledge and advice about the GC32 so we learn quite fast,” Bachelin says. “But we have never sailed against other boats on the fleet, so we don’t know yet how it will be.

“For me, it is a bit weird because I’ve always followed the GC32 Racing Tour over the past years and now it is me on the helm of one of the Alinghi Red Bull Racing boats! It is very exciting to start this regatta on beautiful Lake Garda. Hopefully it will be windy – perfect conditions for the GC32…”

Racing is scheduled to start at 1300 CEST tomorrow but given that Lake Garda produces its best wind early in the morning and late afternoon, PRO Stuart Childerley may adapt the schedule in order to make the best of conditions.