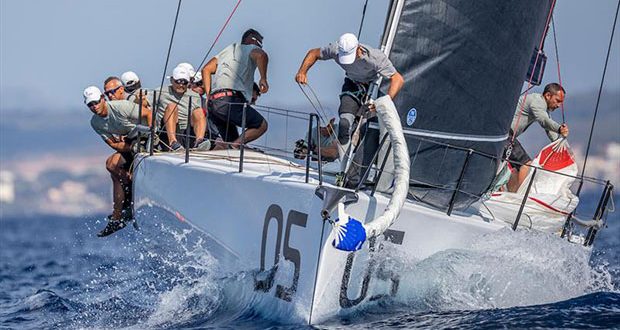 With the wind blowing offshore for the one race which was sailed at the 52 Super Series Puerto Portals Sailing Week & 20th Anniversary Invitational tacticians and strategists had a more challenging day than might be usually expected on the Bay of Palma.

In the 52 Super Series fleet it was Adam Beashel supported by Jeremy Lomas at the back of Sled who made the most of the opportunities on the first beat and the team which conclusively won the Porto Cervo regatta in 2019 took their first win of the regatta to move into second overall.

With the breeze at a promising 12-15kts on the start line it was the Plattners’ Phoenix which made the best opening at the pin end of the line working the early left along with Bronenosec and Platoon. But as this trio pressed each other across more to the right Phoenix left just enough of a gap for Sled and Quantum Racing to squeeze inside and ahead at a very tight first mark rounding. 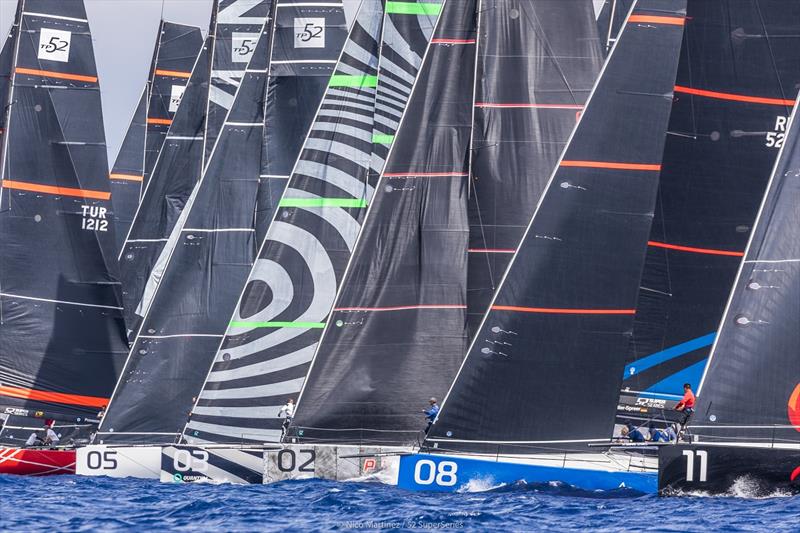 Takashi Okura’s team, which has Murray Jones steering this week and welcomes America’s Cup winner and double Olympian Josh Junior to the crew, were able to extend away to build a comfortable lead which proved more than enough as the late afternoon breeze dropped away and became even more unsettled. Phoenix was judged to have fouled Quantum Racing on the first run and had to take a penalty, leaving Quantum to a comfortable second which allowed them to extend seven points clear at the top of the leaderboard. 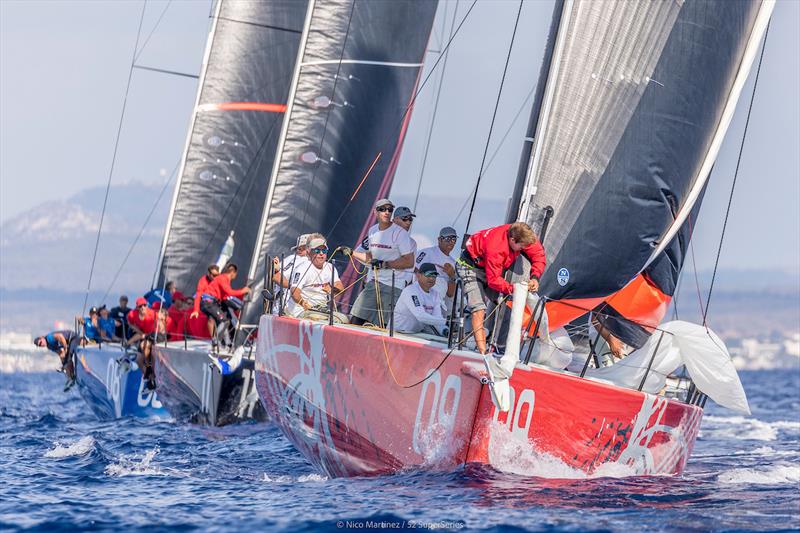 “That was a good day for the Sled team it was a pretty mistake free day for us,”

“We got the nice start that we wanted and a couple of nice shifts up the first beat which gave us a tiny lead at the top. We had a fairly conservative run but just managed to slip away which made the rest of the race quite easy for us. We saw a fantastic job from the whole team, from the bow of the boat to the back. We’ve had a few changes in the crew and there’s been a little bit of adjusting into this season. It has felt a long 18 months without going sailing so it’s taken all of us a bit of time to get back on our game. But today we stepped it up. Murray driving as well, we only got half a regatta in Cape Town a year and a half ago, its been a while for him off the helm so he stepped up really well. A few other changes Josh helping me with the strategy and Jeremy at the back of the boat too is complementary.”

“We have plenty of pace upwind. We know we can get to the top mark in good shape. I personally as a tactician have to keep us out of trouble and I haven’t been doing a great job of that. We’ve been doing some penalty turns and unfortunately results haven’t been too great but I know what i’m doing wrong and I’ve got to fix it. Now I am looking forward to tomorrow – hopefully a bit more Palma like conditions.”

In the 20th Anniversary fleet Karl Kwok’s Beau Geste has so far proven untouchable and leads with three wins from three starts. 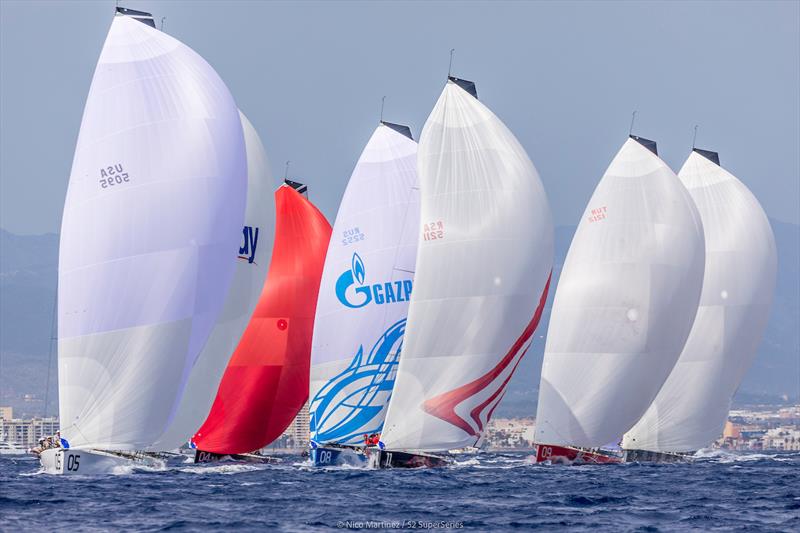