The exciting new AC40 that will be used to pave the way for women and youth into the America’s Cup has touched the water for the first time in Auckland today with Emirates Team New Zealand continuing its extensive commissioning process out of the shed and onto the water.

Christened by Emirates Team New Zealand designer Elise Beavis at the team’s new base on Wynyard Point, the AC40 was launched and towed out to Auckland’s upper harbour by ‘Chase Zero’ the teams hydrogen powered foiling chase boat. A spectacular sight of two revolutionary vessels both designed, built and now launched since the end of the 36th America’s Cup.

The AC40 in its one design configuration will be raced using auto pilot flight control, but the commissioning requires a stepped process taking it from a manual foiling and flight control configuration before switching on the auto pilot as part of the controlled tow testing of sensors, foil trims and targets

Helming for the tow testing was Nathan Outteridge and Ray Davies on their respective port and starboard sides, with Nick Burridge and Sam Meech in the aero trimming seats to the aft. 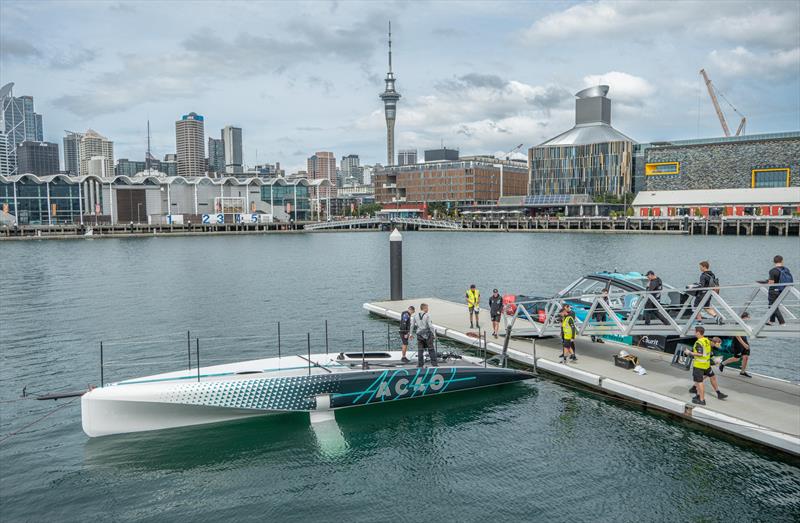 “It was amazing at how well the flight control auto pilot worked, right from the get-go on our tow test today.” explained Ray Davies.

“It is a credit to the mechatronics team, the design group, the shore team and everyone that has been working so hard to splash the AC40.” 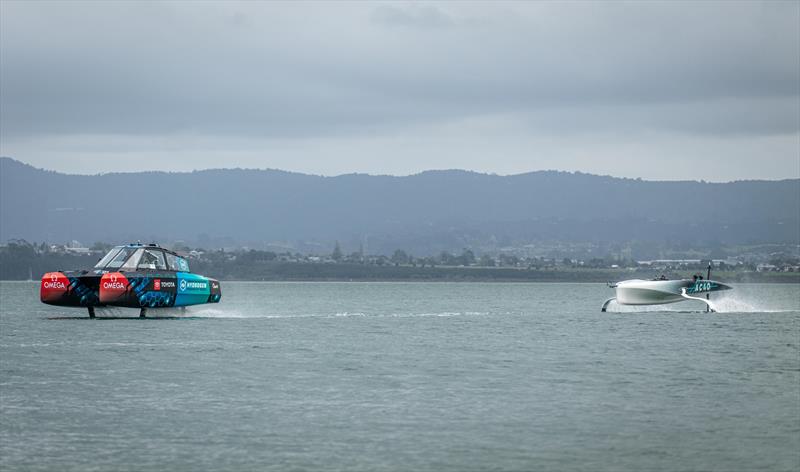 Nick Burridge, Emirates Team New Zealand Operations and Reliability Manager said “This was our first day out on the water in a long time, it was both a glimpse into the future and a significant step forward and in where the preparations for the 37th America’s Cup event have come.

If someone was to say last time we were on the water that we would be tow testing a completely new class of boat designed for the Women and Youth America’s Cup behind a Hydrogen powered foiling chase boat you wouldn’t have believed it, but here we are.” 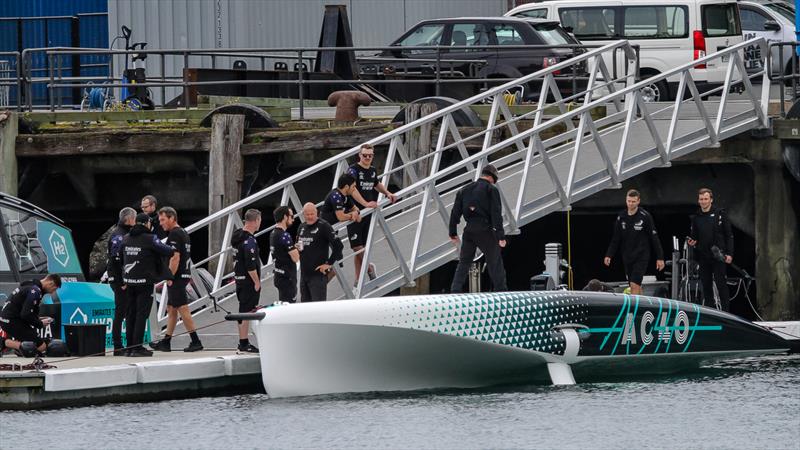 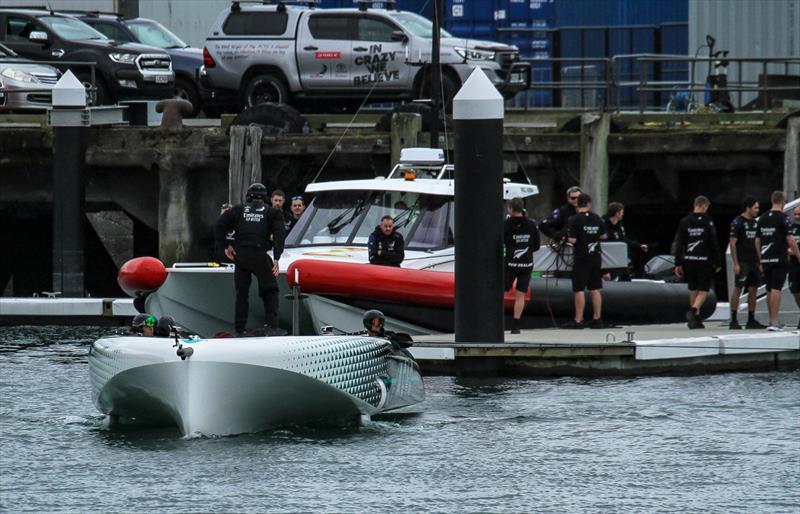 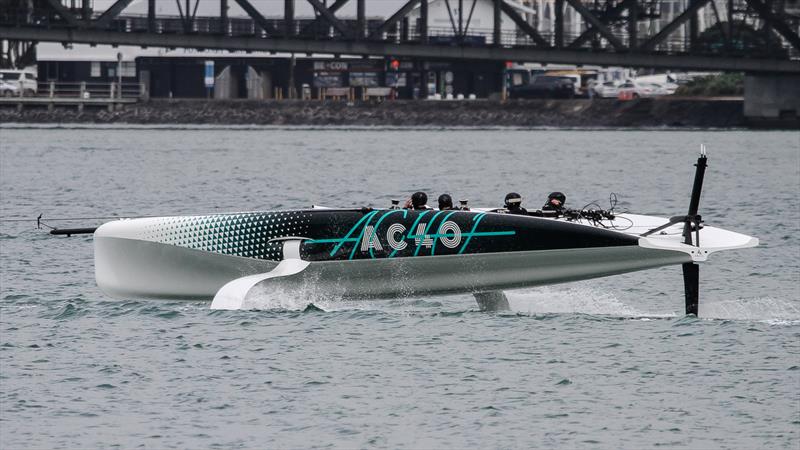 The commissioning continued into the afternoon with the rig being stepped to check the rigging and sails. The forecast looks favourable to sheet on and take the AC40 for its first maiden sail to continue ticking the boxes of the overall commissioning process.