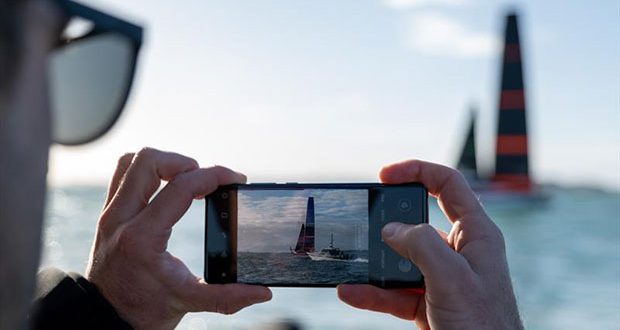 Emirates Team New Zealand have made a significant gain off the water, with the announcement of Hauwei as one of its technology partners.

The announcement is significant against what is generally reckoned to be a tight sponsorship market and is the second technology partner to sign on with the America’s Cup champions.

Huawei NZ is celebrating its fifteenth year of operating in New Zealand by backing Emirates Team New Zealand’s defence of the America’s Cup in 2021.

“We’re also both determined to keep fighting, even when odds may seem stacked against us” says Dalton.

Huawei New Zealand Deputy Managing Director, Andrew Bowater, is pleased for Huawei to join Emirates Team New Zealand as an Official Sponsor, after being in discussions with the team since late last year. “The P40 series is our premium product and one of the most advanced, cutting edge smart devices to hit the market so we see this as great partnership with one of the most innovative sports teams in the world” says Bowater. 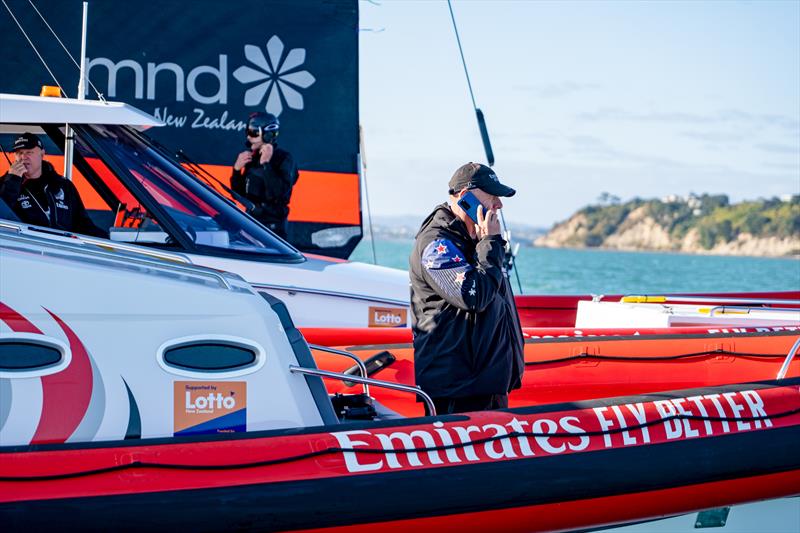 “As we start to come out of the COVID 19 lockdown, as a country we need something to look forward to. The excitement and sense of community that comes with the America’s Cup will be one of those things for us to come together and celebrate,” says Bowater.

Huawei was founded in 1987, the same year that Emirates Team New Zealand took on its first challenge. We have a shared history of perseverance and relying on innovation to overcome challenges. We’re thrilled to connect these two established names in what we know will be an outstanding partnership,” says Bowater.

“This is truly something to celebrate and we can’t wait to share that with Huawei NZ at the 36th America’s Cup,” says Dalton.

Huawei revealed its new flagship phone, the Huawei P40, during a global launch and will introduce it to the New Zealand market with pre-orders beginning on the 8th of May.