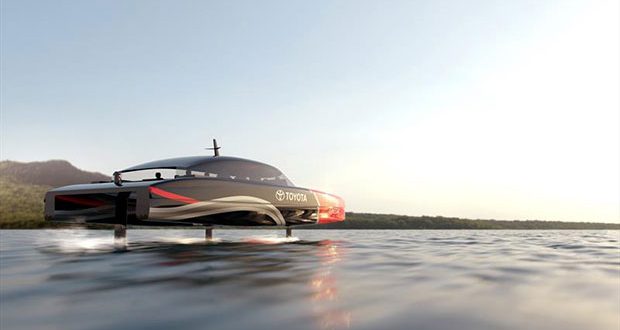 Posted by: YachtBoatNews in Power Boating 08/06/2021 Comments Off on Hydrogen powered chase boats for the 37th America’s Cup. 253 Views

They have been working with AFCryo, a Christchurch based innovative company in design, development and manufacture of composite cryostats for the cryogenic and superconducting industries.

Currently the Emirates Team New Zealand designers are working on a prototype hydrogen powered foiling chase boat, to be built at the team’s North Shore build facility, capable of standing up to the demands of supporting an AC75 throughout all aspects of an America’s Cup campaign. 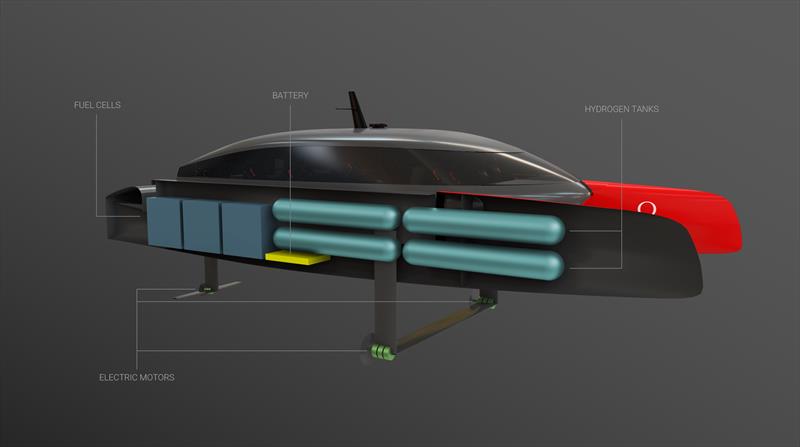 Diagramatic explanation of the key features of the hydrogen powered chase boats being developed by Emirates Team NZ in conjunction with a Christchurch company and with the support of two America’s Cup challengers. – photo © Emirates Team New Zealand

Once launched and verified, and with the support of the Challenger of Record INEOS Team UK, it is possible that the Protocol for the 37th America’s Cup will contain a provision that all teams must use hydrogen powered support boats. This would also apply to the 20+ event and race support boats which will have a considerable impact on the reduction of consumption of fossil fuels across the event. 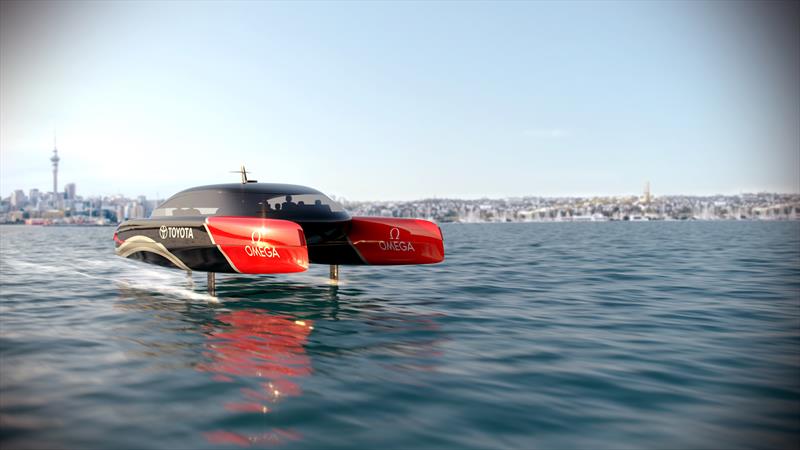 Emirates Team New Zealand CEO Grant Dalton said, “Emirates Team New Zealand continues to be at the forefront of innovation and we intend to really drive the development curve of new and clean technology in the marine industry. It is our hope that we can make a seismic shift into hydrogen power and an emission free statement for the industry. This initiative is not without risk as we have very specific operating criteria within the team and the America’s Cup, so it is not a small undertaking.”

Technical Director Hugh Reynolds is leading the project for AFCryo, “As an organisation we have been working in cryogenics, and clean-tech solutions, for 17 years. We are a strong proponent of green hydrogen and are manufacturing hydrogen production systems in New Zealand. It is exciting to work with Emirates Team New Zealand on such an aggressive development curve and timeline to deliver on water Hydrogen storage and power. The opportunity to contribute to such an exciting project aligns perfectly with our view of sustainable future energy.

INEOS Team UK and Challenger of Record Team Principal Skipper Sir Ben Ainslie is behind the push into Hydrogen power on the water, “For nearly two centuries the America’s Cup has pushed the boundaries in design and engineering, whilst ensuring innovation benefits the wider marine industry. With so much investment in hydrogen across the world, shifting to foiling chase boats, powered by hydrogen could well prove to be a sustainable and practical solution for the future of the marine industry, while supporting the AC75’s which are reaching speeds in excess of 50 knots.” 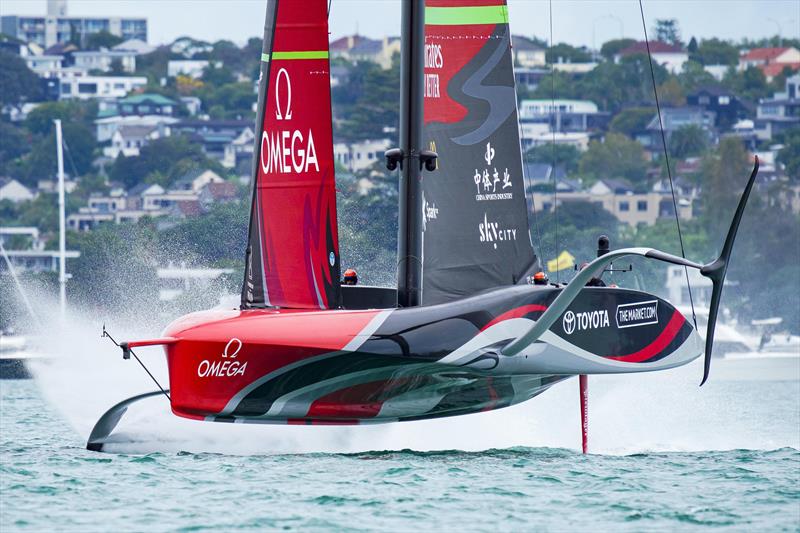 Terry Hutchinson, Skipper and Executive Director of New York Yacht Club American Magic, the U.S. Challenger for the 36th America’s Cup said, “It is impressive to see how innovation remains the driving force behind the America’s Cup after 170 years of racing. We support the Defender’s efforts to apply their performance innovation skills to sustainable and environmentally friendly technology.”

Elements of the hydrogen innovation will also be assessed and developed into potential use in the functions of the next generation of AC75’s. 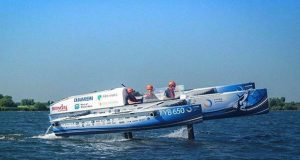 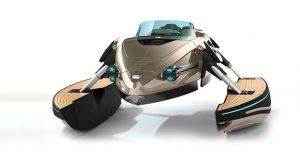 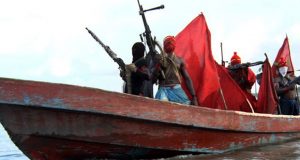 C-MAP, a leader in digital marine cartography and cloud-based mapping, has today ...