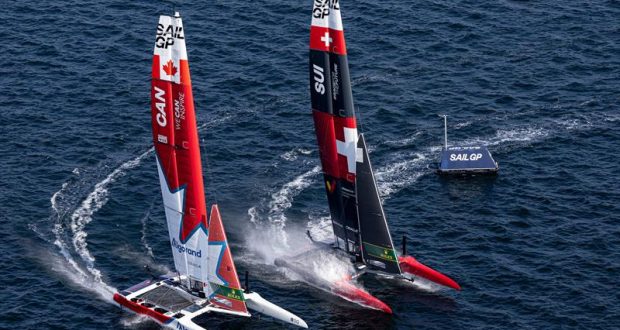 While New Zealand sailing is on the return path to a full international sailing program, with some good successes, there have been a few ruts along the way.

The roughest ride has come from the performance of the Kiwi SailGP team, which has turned in a very indifferent race record since their launch at the start of Season 2, back in Bermuda in late April 2021.

As many commentators have noted, the Live Ocean team, made up primarily of sailors from Emirates Team New Zealand, did not make a three-boat Final in any of the seven regattas of Season 2. Their duck continued in the first two regattas of Season 3 at Bermuda and Chicago. 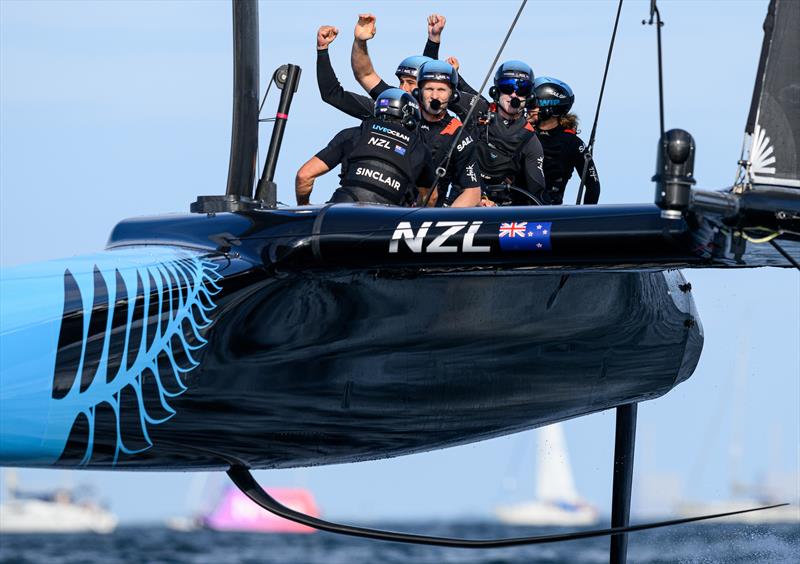 However, the picture painted by those stats is not accurate.

Many forget that, due to COVID complications, Live Ocean’s new F50 was shipped incomplete to Bermuda, the first venue for SailGP’s Season 2.

The new team sailed their first SailGP regatta with control issues related to their hydraulics.

Burling and Tuke stepped back on board for the final three events of Season 2 in St Tropez, Cadiz and San Franciso. They scored one race win in Cadiz. 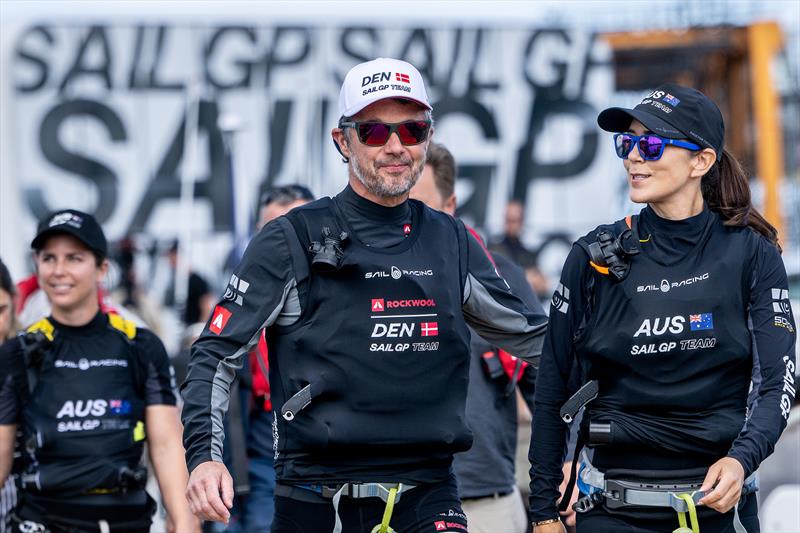 Looking at the bigger picture, their Season 2 performance was unspectacular but excusable off the back of winning an Olympic Silver medal and the America’s Cup – in the space of just five months.

The postponement of Tokyo2020 for 12 months – pushing the Olympics, America’s Cup and SailGP into the same year – topping up Burling and Tuke’s already overfull dance card. Most of their SailGP competitors were focused on just a single event.

Fast forward to the start of Season 3, and surprisingly with SailGP now their single competitive sailing focus, the NZSailGP team’s results were no better than the latter part of Season 2.

In Bermuda, in Round 1, they finished 6th overall in a nine-boat fleet, with one race win, a third placing and carded a string of placings closer to the back of the fleet than the front. 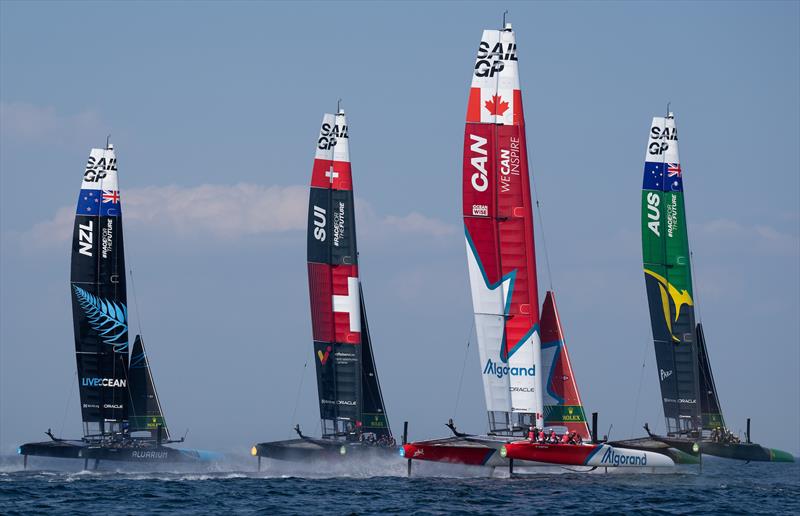 In Season 3, Round 2, in Chicago, the Kiwis looked to be on track to progress to their first SailGP Final after winning the first race of the Qualifying round.

The Live Ocean team rattled around in 4th and 5th places in the next three races before delivering a self-administered coup de grâce by finishing in eighth place in Race 5 and putting their fate in the hands of others.

A controversial Race 5 finish line incident between Great Britain and Australia allowed Tom Slingsby (AUS) to knock out the Brits and take the only remaining slot in the Final. 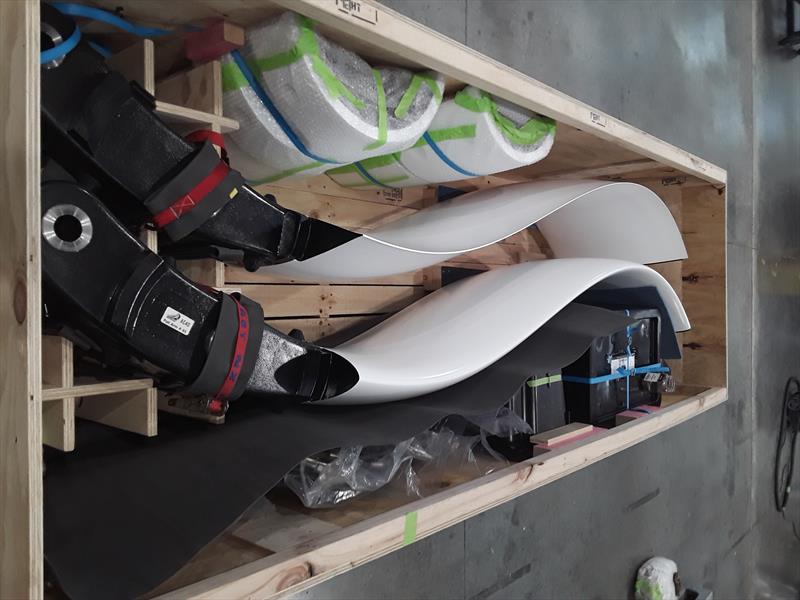 The body language aboard the Kiwi boat was palpable, followed by some full and frank comments post-race by their coach Ray Davies, who fills a similar role within Emirates Team New Zealand.

A different Kiwi team fronted up on the start-line for Round 3 in Plymouth. The noticeable change was the addition of Olympic Gold and Silver medalist Jo Aleh in the back of the boat as a tactician and strategist.

Burling and friends won three of the six races sailed and placed in the top trio in all but one race.

Their performance last weekend in Copenhagen improved again on the Plymouth performance two weeks earlier. Liv Mackay was back in the critical tactician/strategist role. 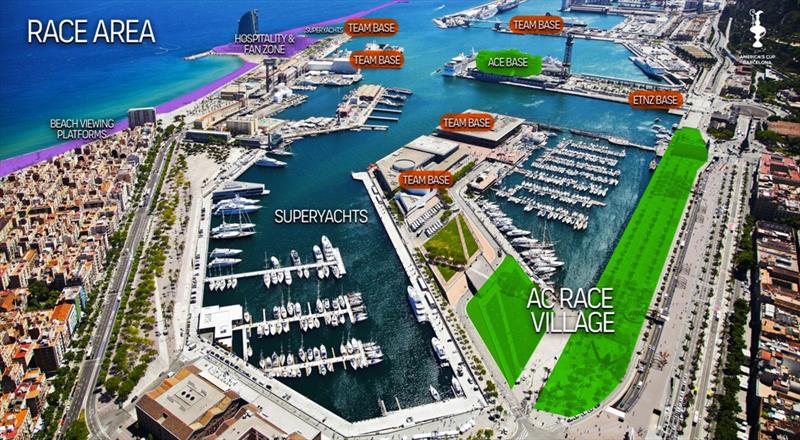 Due to light winds accompanied by drizzling rain, there was no racing on the opening day, and the series was changed to three races and a final on the Saturday.

The Kiwis won all four races, and their second of the four Finals sailed so far in Season 3. 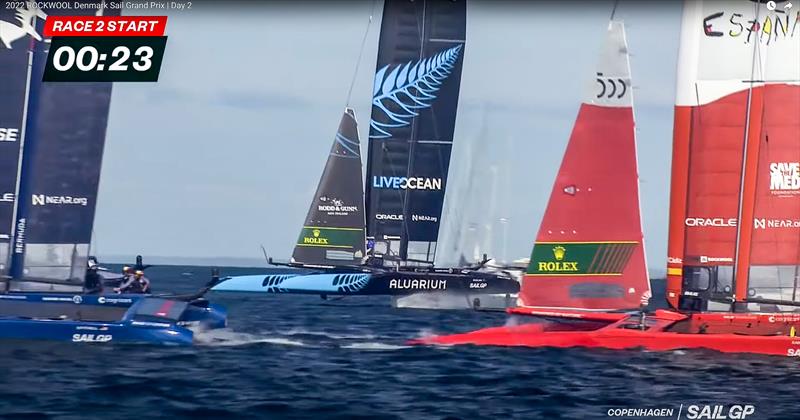 1. 23 secs from the start of Race 2 LiveOcean (NZL) is up and foiling, ESP and USA are still in displacement mode – SailGP Copenhagen – August – photo © SailGP Media

What changes were made?

The obvious improvement was their start-line performance. The Kiwi team had all three elements – time on distance, speed and position- calculated and executed perfectly.

Arguably they won all their starts. In the three qualifying races, they set up close to the boundary, were the first to get foiling, and sailed in a straight line into a gap which always seemed to be open. On slo-mo replay, they had their timing honed to perfection.

2. NZSailGP at the back of the fleet but sailing fast and foiling at 32.5kts (60.4kmh) 17secs from Race 2 start, and aiming for the centre of line gap that is opening up – NZSailGP Copenhagen – August – photo © SailGP Media

Our take on the ETNZ strategy is that, after Chicago there was a “Come to Jesus” session with the sailing team and its coach, Ray Davies. While they can draw on the formidable resources of Emirates Team New Zealand, the other teams – outside the America’s Cup – can draw on similar facilities at Artemis Technologies where a very advanced F50 simulator is available.

The Kiwis strategy seems to be to setup at the back of the start box, with very precise course positioning, with the objective to build the maximum length runway to the start. Having got their position almost 30 secs before the start, the Kiwi’s focus turns to speed, and to get their F50 Amokura foiling and sailing fast.

In all the Qualifier races at Copenhagen a very convenient gap opened between the Committee boat and Pin end of the startline, which the Kiwis dived through at pace. 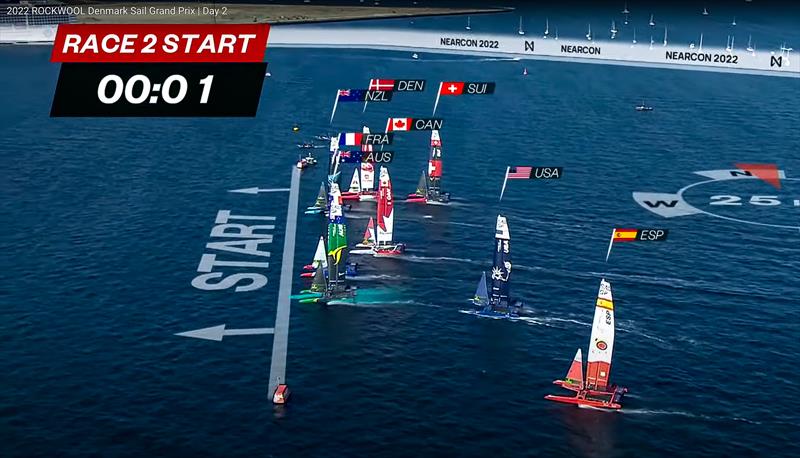 The other advantage of their long run-up to the startline, is that the Kiwis could hit the start with apparent wind close to the maximum- if they have got their time on distance right, and could hold a straight course and get through the turbulence created by slower boats to windward.

A lot of things had click into place, but Peter Burling was able to turn in a repeatable performance on the three starts in the Qualifying round.

At the start of the thre boat Final in Copenhagen, Burling pulled out his match racing skills to best Nicolai Sehested (DEN) – a very accomplished match racer. Again the Kiwis got away to a flying start and with accurate time on distance.

The most impressive aspect of the day was the repeatability of the NZ performance. On the Practice Day, sailed in similar conditions to the Final Day, the Kiwis had gear problems and sat out the first race, won the second and placed fourth in the third and last race of the day.

The fast and accurate starts set the Kiwis up for a good race outcome by launching them into clear air, free of the turbulence of the peloton.

New Zealand also made a near-clean sweep of the mark rounding statistics.

Impressively, when they were dropped back into the fleet after being penalised on the second leg of Race 3, the Kiwis could climb back up through the fleet and be in the lead by Mark 5.

Recovery from a tactical mistake or penalty has previously been difficult for the Burling skippered team.

Another edge for the Kiwis was the elimination of mistakes – which Peter Burling noted could just be counted on the fingers of one hand. 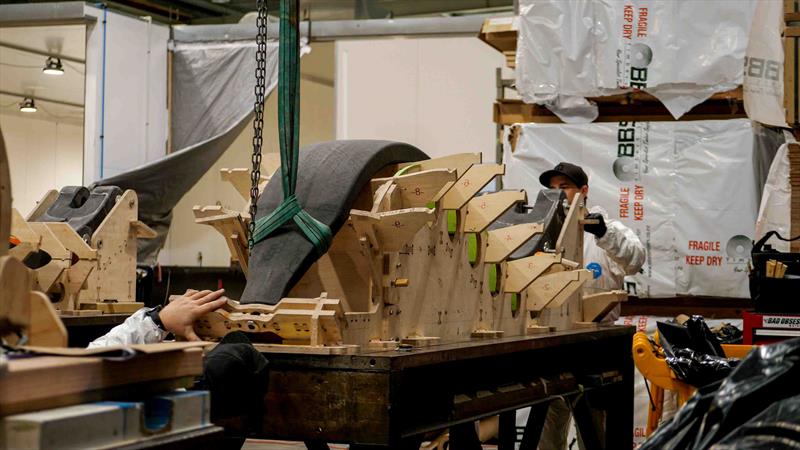 Of course, the Kiwis could just have found their sweet spot in Copenhagen. The racing was restricted to just one day, and it may well be that the Kiwis had their F50 set up just right for the 12kt breeze.

Their performance over the next few regattas will be followed with great interest.

The SailGP series shifts to St Tropez on the French Riviera in a fortnight, followed by Cadiz towards the end of September. 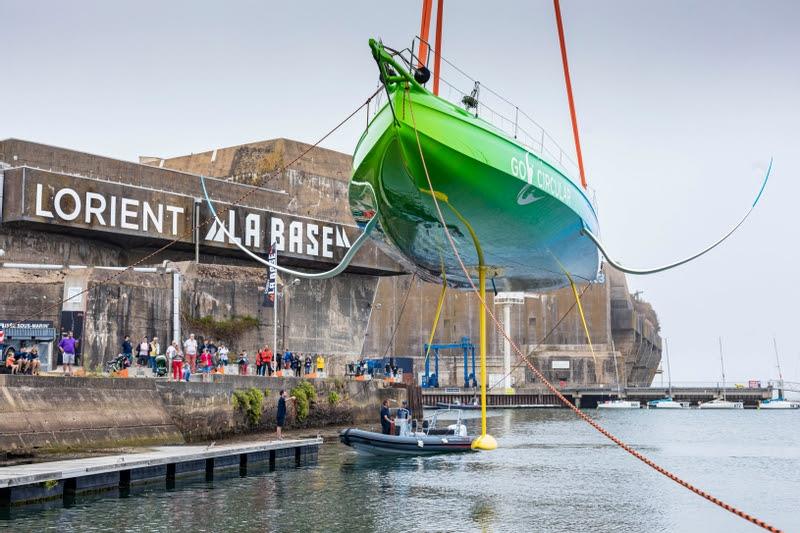 With no racing program announced between the America’s Cup teams for the next year or more, SailGP takes on a new edge with the Challenger of Record for the 2024 America’s Cup pitched racing against the Defender. Other America’s Cup notables are scattered through the fleet.

It is reasonable to assume that there is only a minimal cross-over from the F50 to the AC75 used in the America’s Cup. That being the case, and provided the Kiwis can make their performances of Plymouth and Copenhagen repeatable, and provided they can stay on form, then the Kiwi America’s Cup defence looks to be on a much more stable platform than previously thought. 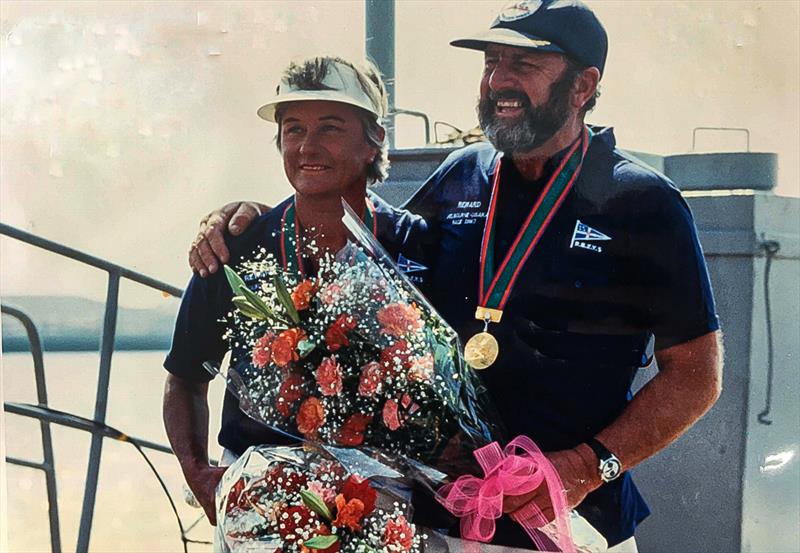 End of an era

New Zealand lost another sailing icon in early July with the passing of John Lidgard, who died just over a year after his wife and long-time crew member, Heather.

As a designer, John was notable for the variety of his designs, from yachts designed to perform under the constraints of a rating rule to great cruising boats and the racer cruisers in between.

John’s passing marked the end of an era in New Zealand sailing, as he was one of the last, if not the very last, of a very select group of Kiwis who designed, built and raced their own boats to top performances in major regattas around the Pacific.

Perhaps the most memorable of those was the Southern Cross win in 1971, when three New Zealand yachts, Waianiwa, Pathfinder and Runaway, took the top three places in the offshore classic. That result gave the New Zealand team an outstanding series win against a crack British team and others from the states of Australia.

The record of three boats from the same country (outside Australia) taking the top three places in the Sydney Hobart has stood for over 50 years and will never be equalled. 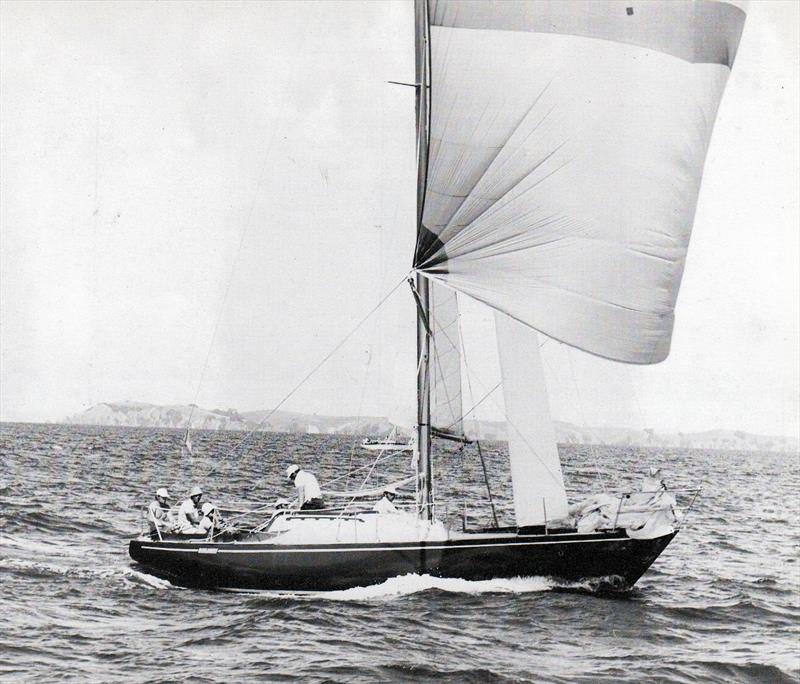 On the final page of his memoir “It’s in the Blood”, published in 2006, John Lidgard looked back on his sailing life and achievements:

“As I write this on my 74th birthday, I hope I may be fortunate enough to sail another major race. In the meantime, I am designing a 16-metre cruising yacht for a former keen racing man. Hopefully, I’ll see it sailing: possibly, it will inspire someone else to commission a design.

“After almost 50 years of ocean racing, I look back and consider the enormous changes that have taken place. Very few competitors would feel as strongly about their performance as I. 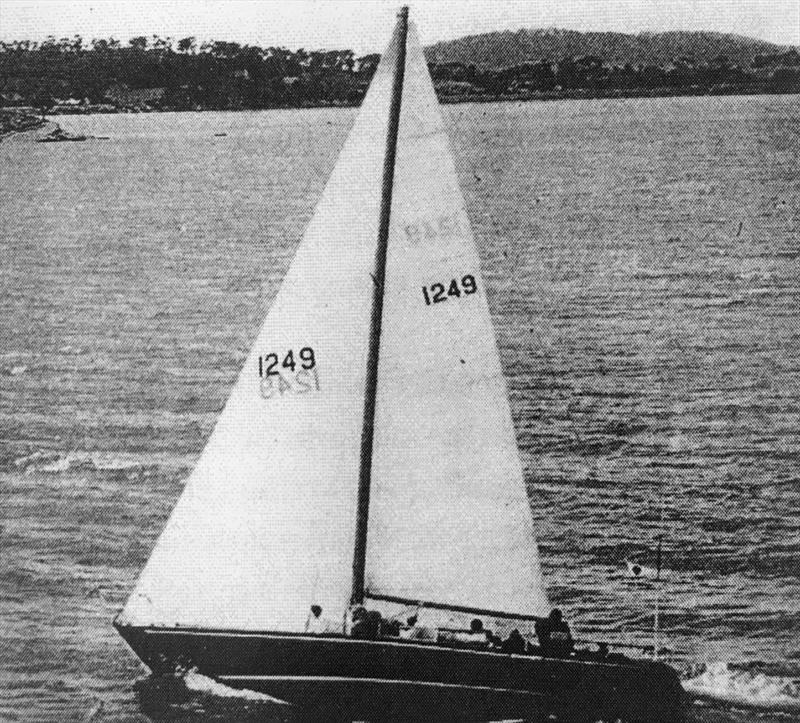 “The fact that I have designed, built and financed, in partnership with Heather, all our boats must be almost unique in the sailing world. Most of the top racing yachts now are sailed by non-owners, often professionals.

“The major races are won by sponsored boats, sailed by professional skippers, who of course want to win, firstly because they are competitive, and secondly because it is their job to win. However, many are in the position to recommend or demand new sails, modified rigs, keels, even hulls and with luck it will all be done. In the bad old days, we had to work a lot of overtime to achieve any one of these and did it all ourselves.

“Like most old coots, I am reasonably sure that we had more fun. I’m absolutely sure we had as much and I’m determined to continue having fun ’til the end. 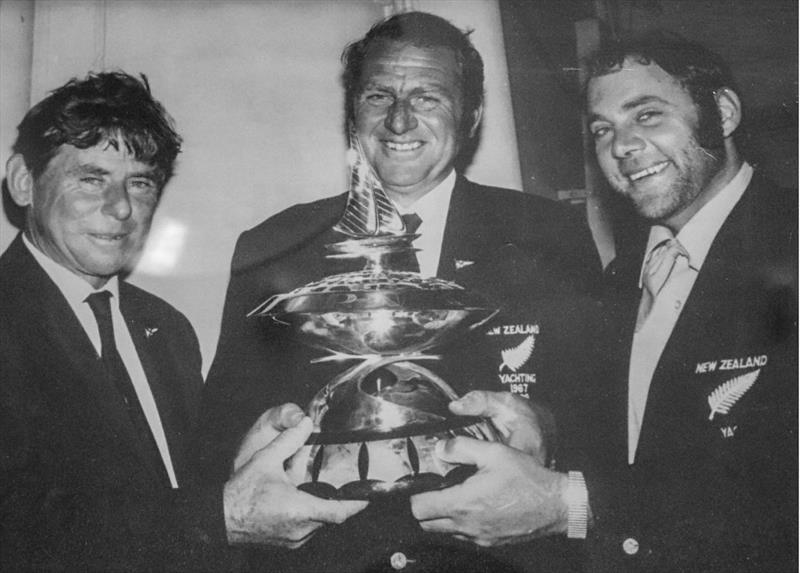