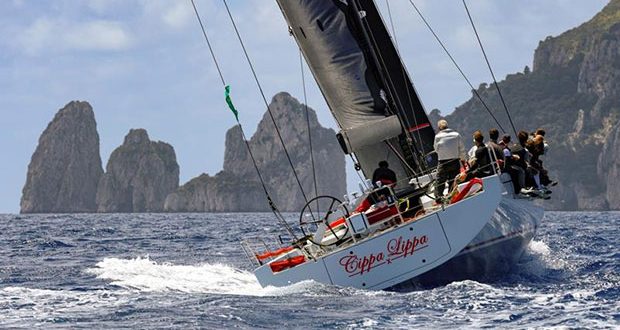 The International Maxi Association is to introduce a new European Championship for maxi yachts in 2022.

Taking place over 14-20th May out of Sorrento, Italy with racing based around the Gulf of Naples and Capri, the IMA Maxi European Championship will provide a complete test for competitors, with a mix of inshore and coastal courses and an overnight race.

Supported by Rolex, this first ever IMA Maxi European Championship is organised by the Circolo Remo e Vela Italia and the International Maxi Association under the patronage of the FIV and in cooperation with Yacht Club Italiano and the Reale Yacht Club Canottieri Savoia. The International Maxi Association is officially tasked by the sport’s governing body, World Sailing, to oversee and develop maxi yacht racing internationally.

The championship will begin with the second oldest event in the Italian yachting calendar after the Rolex Giraglia – the Regata dei Tre Golfi offshore race, the 67th edition of which will set sail on Saturday 14th May. This will start from a line off Naples’ magnificent Castel dell’Ovo, next to the Circolo del Remo e della Vela Italia (CRVI) clubhouse in the Santa Lucia Marina. While the race previously was famous for its midnight start following a party for competitors at the CRVI, in these post-pandemic times, the race will instead depart at 1900 with a separate start for the maxi fleet.

The 150 mile course for the Regata dei Tre Golfi takes the boats northwest from Naples, around the island of Ponza before returning southeast. Competitors then have the choice of leaving Capri to port or starboard before rounding the Li Galli islands off the Amalfi coast, and then returning clockwise around the south side of Capri to the finish off the island’s Marina Grande.

Following this, over 17-20 May, the Championship will continue with up to six windward-leeward and coastal races – eligible to the Maxi Yacht Sorrento Trophy – taking place on the north side of the Sorrentine peninsula and close to Capri. Set by the event’s own PRO Alfredo Ricci, courses will be on or around the Gulf of Naples with the magnificent backdrops of Capri, the Sorrentine peninsula and Mount Vesuvius. The schedule may include a race around Capri, passing the island’s famous landmarks such as the Faraglioni Islands and its Blue Grotto. 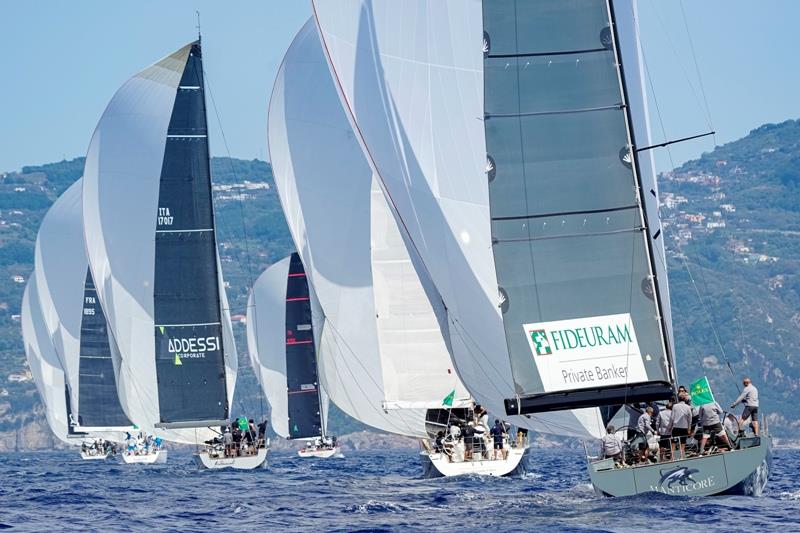 The IMA Maxi European Championship will be based out of Sorrento in 2022. © Studio Borlenghi

Open to all maxi yachts (ie with LH of >18.29m) having an IRC endorsed certificate, the IMA Maxi European Championship will form part of Tre Golfi Sailing Week.

The winner of the IMA Maxi European Championship does not have to have a European owner nor be a European flagged yacht. Results will carry a 1.25x weighting for the Regata dei Tre Golfi with the inshore races having a 1.0 coefficient, with one discard if four or more races are completed. While all the maxi yachts will start together, the fleet will be grouped into classes, but the event will still culminate in one IMA European Maxi Champion being crowned.

The IMA Maxi European Champion will receive the ROLEX Trophy, while there will be other trophies for the first European yacht; the highest placed IMA members; the line honours winners and winners of the Regata dei Tre Golfi and the Maxi Yacht Sorrento Trophy and the podium placers in each class.

Due to berthing restrictions in Sorrento, entries will be limited to 25 and will be on a ‘first come, first served’ basis with priority given to IMA members, who also get to enjoy a 25% reduction in their entry fee. 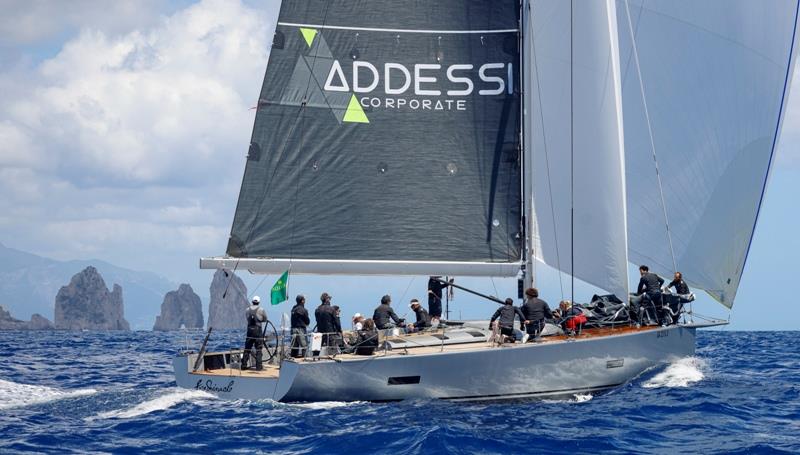 Andrew McIrvine, Secretary General of the International Maxi Association commented: “We are greatly looking forward to holding this first ever IMA Maxi European Championship. We expect this first edition especially to be very popular and as spaces are likely to fill up rapidly I would advise owners/teams to register as soon as possible.”

The Maxi Yacht Sorrento Trophy will be second event in the International Maxi Association’s 2022 Mediterranean Maxi Inshore Challenge (MMIC). This begins next year with PalmaVela over 4-8 May and concludes in October with Les Voiles de Saint-Tropez. 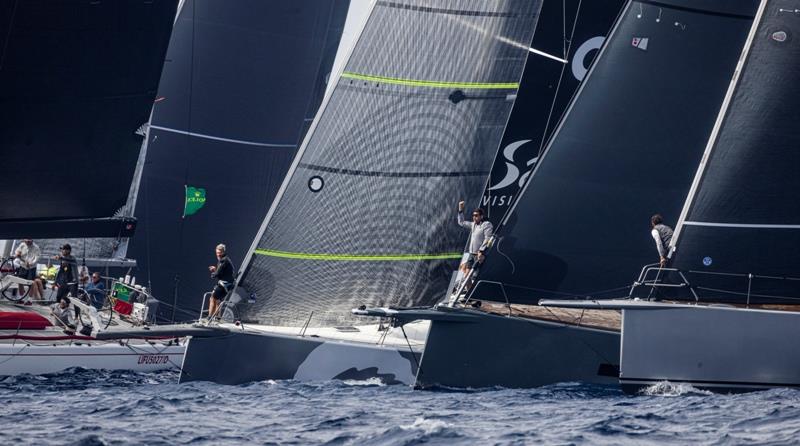 Competition at the IMA Maxi European Championship will take place on the Gulf of Naples. – photo © Studio Borlenghi