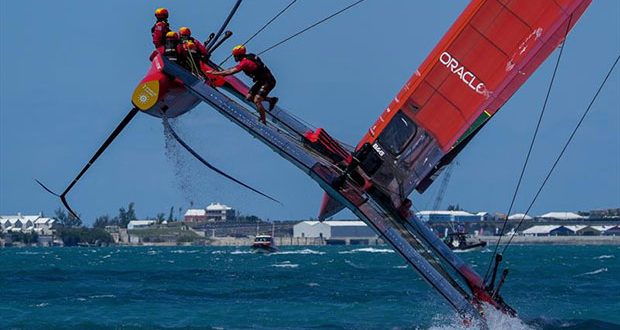 Former world match racing champion and SailGP skipper, Phil Robertson (NZ) returned for Season 2 of SailGP as Skipper/helmsman with the Spain SailGP, who just missed the cut for the Final after a late charge on the final leg of Race 5.

The Spanish team is the youngest of the eight teams competing on the the SailGP circuit – making their debut in SailGP Sydney February 2020. SailGP Bermuda was just their second regatta in the wingsailed F50 foiling catamarans, against the classiest field on a single start line

Here’s Robertson’s very candid view of what happened on the water and off, in the just concluded SailGP Bermuda – providing an offset to reports of the event based purely on what made it to the video coverage of the action and incident packed regatta.

For the first time in 14 months we stepped back onboard the F50 and boy it felt good!

During the enforced covid downtime, the boats went through a refit, with new sterns, rudder systems and wings. The boats were also stripped of all hydraulic and electronic components so you can imagine what it was like getting them ready again for commissioning.

During this period of the pandemic, Sail GP as an organisation has gone through a massive evaluation of cost efficiency and sustainability, resulting in a reduction of people required, containers moving around the world and days required on site. 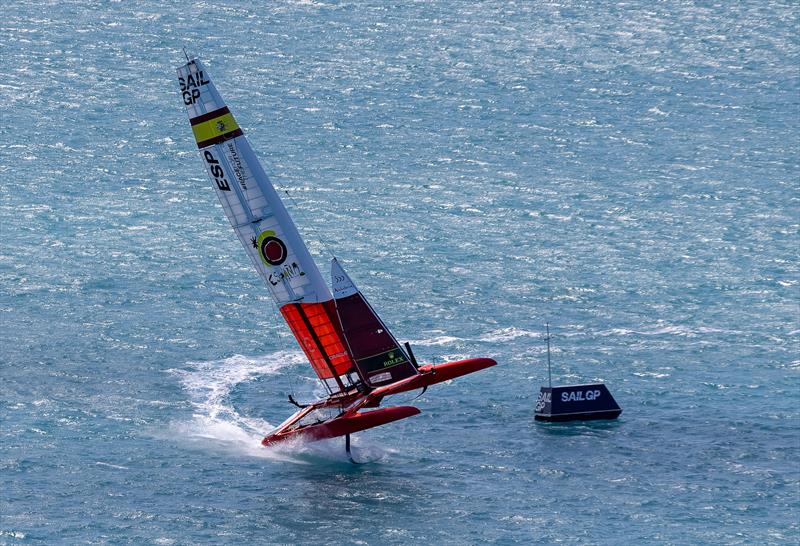 Our team took a slightly new look after the 14-month hiatus. Diego Botín moved into the flight control position, with Ñeti (Antonio Cuervas-Mons) and Lucas Trittel slotting into the grind team. Spanish rock star Xabi Fernández also came onboard as our new coach.

The training was hugely disrupted by stormy conditions and Bermuda’s first lockdown resulting in half as much time on the water as we expected. We progressed fast during the short sessions but only scratched the surface on what we are capable of doing and frankly need to be doing as a team. We got to a good standard in sailing the boat in a straight line safely and our “level 1” manoeuvres (tacks and gybes). All in all, I was happy with our progress and felt we would be competitive but knew we would battle if we had to pull off a “level 2” manoeuvre during a race.

Practice racing confirmed this with the team able to match pace and manoeuvres with the big dogs. The motivation and enthusiasm of the team was at peak, focus was fixed onto race day 1! Another spanner thrown into the mix was the first day of racing being pulled forward 1 day due to variable conditions. A great call as the Saturday was a mill pond and Friday had 25 – 35km/h forecast. 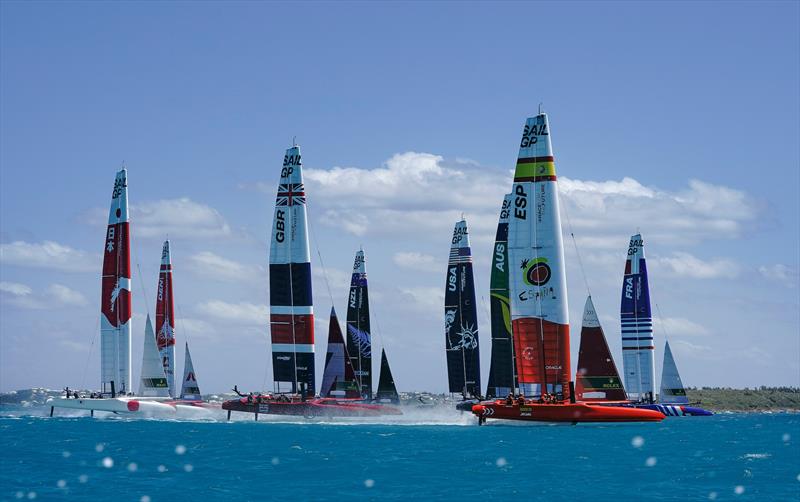 Our race day plan is a 1 hour and 30 minutes warm up followed by three 12-15minute races with 10minutes in between. We started our warm up in the big breeze and felt in sync with the conditions. Settings were all dialed in before we stopped for a 5minute break before we go into start practice. As we were wrapping up our break the wing motor which drives all the hydraulics in the wing started making funny noises. We called in the hydro experts and they decided it needed to be changed. 20 minutes later they were off the boat and we started to get going again. As soon as we did, we lost control of our port side foil. Up until this point we hadn’t had a major issue with the boat since commissioning it. Classic timing!

Back onboard came the hydraulic and electronic experts to diagnose this new problem. It turned out to be an electronic sensor which feeds the boats computer foil information. A new sensor onboard and replaced. Once they got off the boat there was 2mins to the start of race 1. Ideal.

A boat plagued with problems, then the electronics decided it didn’t want to race either. All our course boundary or tactical software kaput, meaning we spent the race guessing where the boundaries were.

A hectic first race with a lot of close situations at high speeds. A bit of an eye opener and with the buildup it left the whole team quite tense. We salvaged a solid 5th to take what we could out of it. 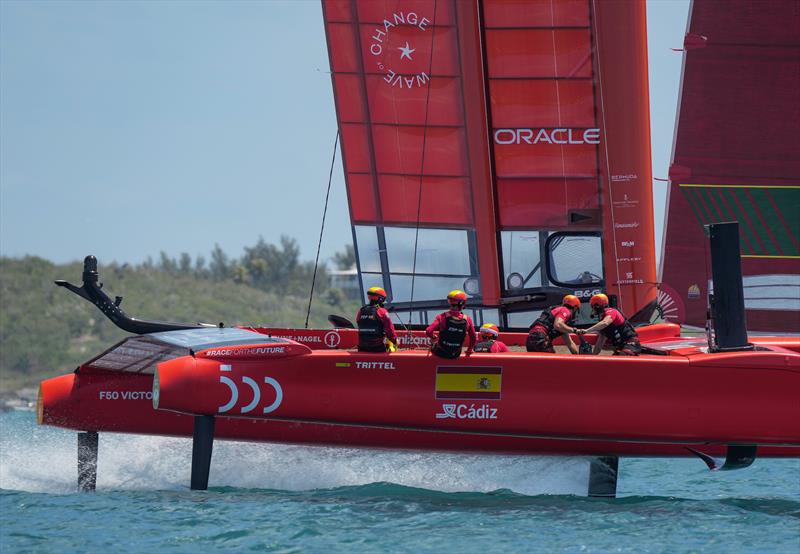 Tech team called back in post-race to sort the electronics and we were back and ready for race two with a fully functioning boat. An average start didn’t put us up the front to begin with but we sailed really well through the fleet to climb into third. The last bottom mark required a “level 2” manoeuvre, two quick and consecutive gybes to round the mark. We kooked this up royally and almost tipped the boat over. We got it back under control and salvaged our third placing! Phew.

For the rest of the Day 1 report and Day 2’s racing philrobertsonracing.com

Phil Robertson Racing for this story and more: philrobertsonracing.com

For more on the Spain SailGP team: sailgp.com/teams/spain