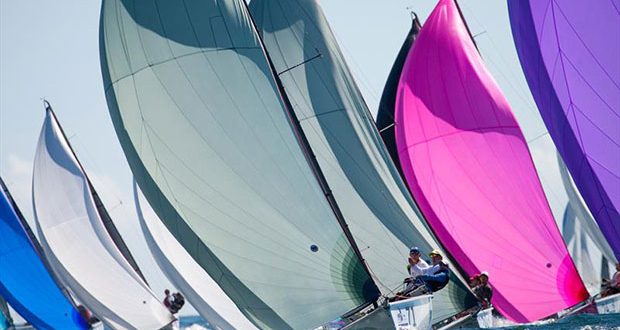 From the beginning of the afternoon, when the warning signal was given for the first start of the day, and with the wind blowing from the west quadrant with 8-10 knots of intensity, the atmospheric conditions in Cascais were practically perfect for sailing, with the Race Committee sending the fleet to the much appreciated Guia Race Area. 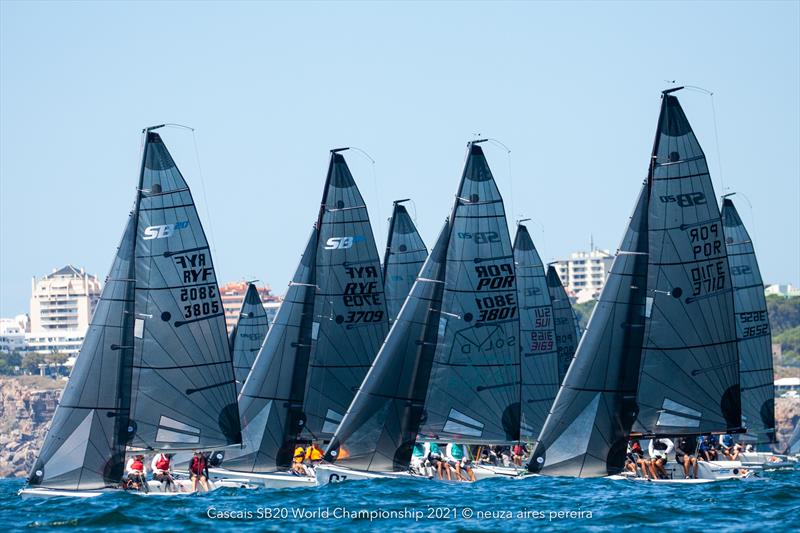 In the event’s opening race, the first of the 66-boat fleet to cross the finish line was Flow, manned by representatives of the Russian Yacht Federation, and the Saint Petersburg Yach Club, with Daniil Banayan at the helm, accompanied by Grigoriy Vasinkevich, Aleksandr Profokev and Gaiane Konovalova. Second place belonged to Estonia Delight, commanded by Tonu Toniste, in the company of Toomas Toniste and Andres Viiseman, with the Estonian boat followed by Lucas Chatonier’s France Jeune – BIC, with Hyppolite Machetti, Michel Emeric and Kaurie Candela, wearing the colors of the Cercle Nautique Caledonian. 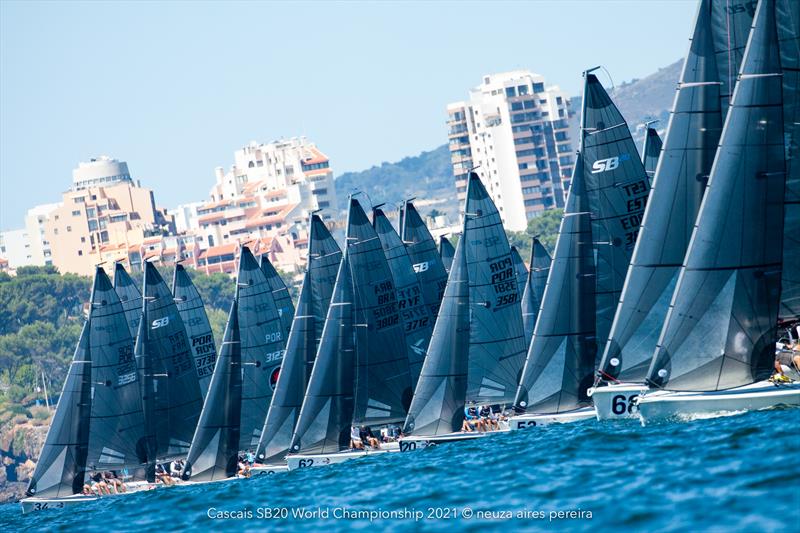 In the second race of the first day of competition at the Cascais SB20 World Championship 2021, victory smiled to Nils Razmilovic’s Glasgow Kiss, followed by David Salembier and Portuguese Pedro Andrade, CNC sailor, this time integrated in the Royal Hong Kong Yacht Club formation. The second position went to inetum.^#PositiveDigitalFlow, with its crew composed entirely of sailors from the Clube Naval de Cascais, with Manuel Marques at the helm, accompanied by Hugo Mastbaum and Luís Queirós, while third place was taken by actiTime, by Arsen Chubarkov, with Dmitriy Tretiakov, Artem Sudakov and Andrei Akimenko.

At the end of the first day at the Cascais SB20 World Championship 2021, consistency paid off over race victories as far as the leaderboard was concerned. First place overall is occupied by actiTIME, by Arsen Chubarkov, with a fourth and a third place, followed by Inetum.^#PositiveDigitalFlow, by Manuel Marques, with an eighth and a second place, and by France Jeune – Lucas Chatonier’s BCI, third in the first race of the day, and tenth in the second. 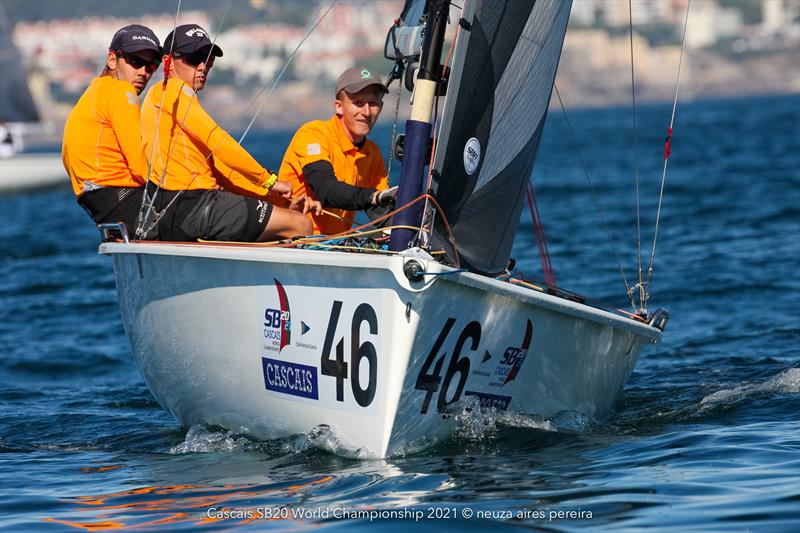 Among the ladies, the highest ranked boat occupies 11th place overall and is the French team Shifter Pro Youth France. With Paola Amar at the helm, accompanied by Gabriel Skoczek, Marine Gauvrit and Timothe Lapaw, she got an 18th and 12th place, respectively, in the two races of the day.

After the first day of competition, Arsen Chubarkov was, of course, a satisfied man. With two Top 5 results, his start to the championship is of a high level: “We are extremely satisfied. First of all, it was a good day for us, even though it was only the first, and we still have a lot of racing to go. We faced an exceptionally strong fleet, and we hope that this will be a very challenging and competitive event for everyone who is here in the World Championship, so we hope to be able to give and show our best. But right now, there’s no doubt that we feel good to be at the front.” 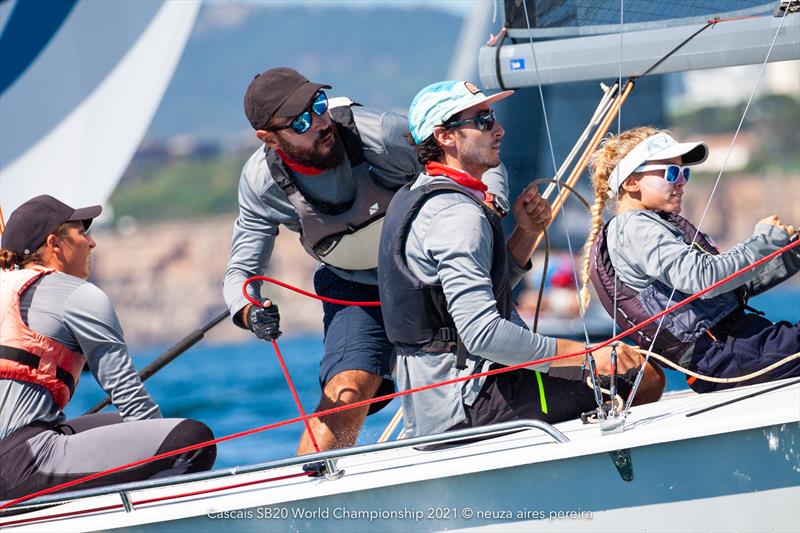 Regarding the tactics and race course, the first leader of the Cascais SB20 World Championship 2021 revealed some prudence and restraint: “I would say that, as far as I can see, a bit of luck is also needed, and today we had the luck on our side. But at the same time, the position we occupy is the result of hard work by the whole team, we currently have a great team, in which I have a lot of confidence. We had good starts, and right from the start we defined the right manoeuvres and the tactics turned out to be right and everything went very well. But, once again, it should be noted that, on the race area, the battle was tough.”

The same register was adopted regarding the perspectives of an eventual final victory: “Win the championship? For now, I wouldn’t say so much. We will do our best. We are absolutely delighted to be sailing here. We love Cascais, we love the organization, we love what is done here. We hope to enjoy it down to the smallest detail throughout the championship, and in the end we’ll see how it went.” 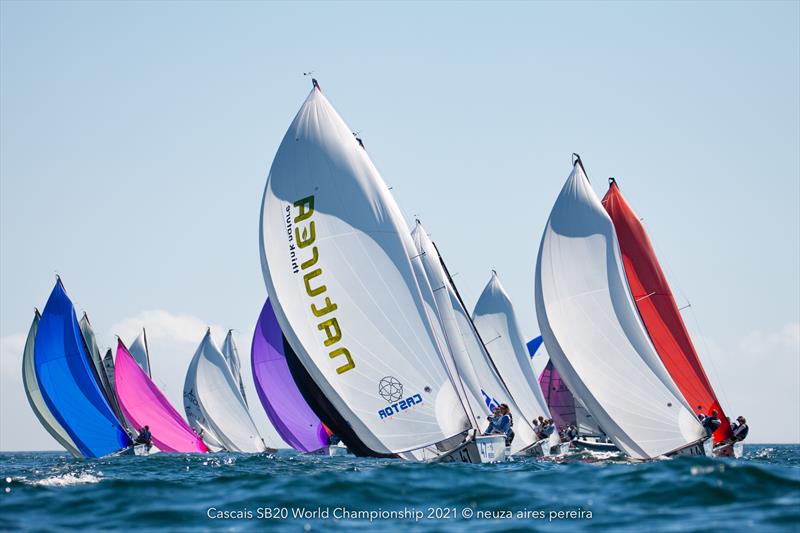 The Cascais SB20 World Championship 2021 continues Tuesday with three more races scheduled, the first warning signal is schedule for 13:00. The event, which is attended by some of the top names in the SB20 class, both nationally and internationally, is organized by the Cascais Naval Club, which is sponsored by the Cascais Municipality, Turismo de Portugal, IPDJ, Portuguese Sailing Federation, Leitão & Irmão, Vista Alegre, Solyd, Sagres, Simões & Gaspar, Lusíadas Saúde, Clarins Men, Clarins and JCDecaux.