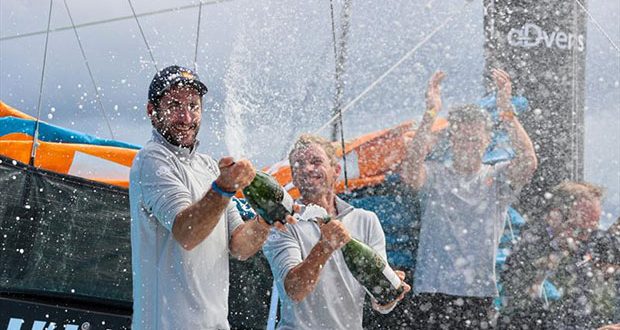 On a beautiful morning off Fort de France in Martinique, the blue and white Guillaume Verdier-designed IMOCA LinkedOut, sailed by Thomas Ruyant and Morgan Lagravière completed a comprehensive victory in the fifteenth Transat Jacques Vabre today.

The two Frenchmen enjoyed every minute of their triumph as they crossed the finish line after 18 days, one hour, 21 minutes and 10 seconds at sea at the end of a voyage of 6,691 nautical miles, which they completed at an impressive average speed of 15.44 knots.

This was a thoroughly well-deserved win for Ruyant and Lagravière who got the boat Ruyant raced to sixth place in the Vendée Globe travelling more efficiently than ever before, as they battled for supremacy with Charlie Dalin and Paul Meilhat on APIVIA and Jérémie Beyou and Christopher Pratt on Charal. 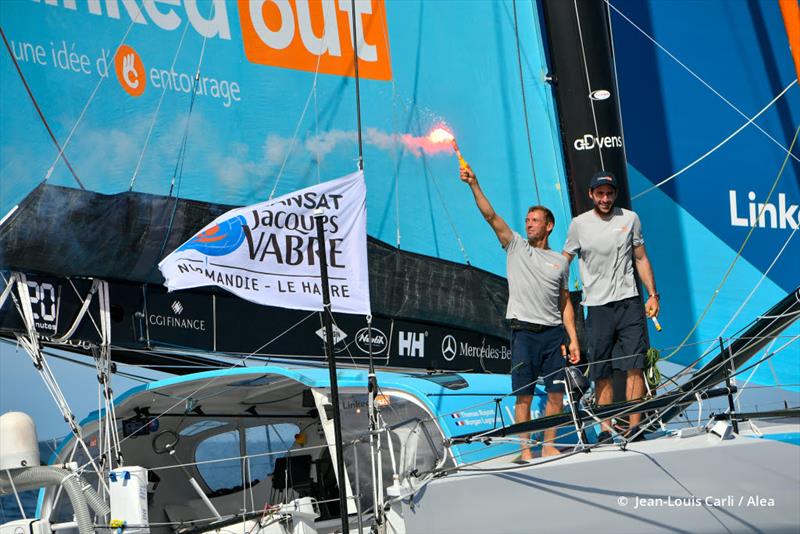 Those pairings are on course to take the runner’s up and third-placed spots respectively after an engrossing transatlantic battle that saw Apivia leading in the early stages, before LinkedOut and then Charal took turns at the front. But Ruyant and Lagravière grabbed the initiative south of the Cape Verde islands and from there they never looked back.

LinkedOut was quick downwind but also fast reaching in the trade winds towards the finish and Ruyant, 40, had no hesitation in attributing that to the skills of his co-skipper in setting the boat up and trimming. “The boat has progressed at every point of sail,” he said. “After each watch, I would come up into the cockpit and just notice the small adjustments that Morgan had made. The level of detail that he goes into really improves the boat. He wants to be at one with his machine – I know the boat is at 100% when I see it through Morgan’s eyes.” 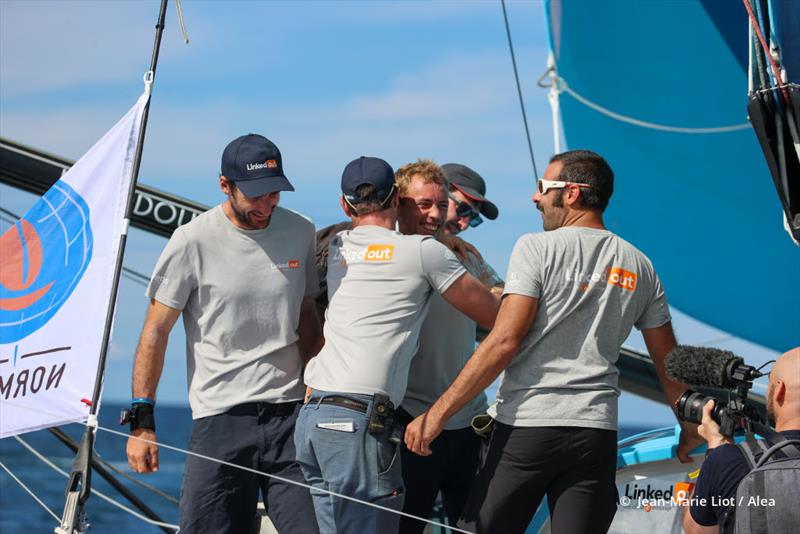 For Ruyant this is a momentous victory – his fourth on the transatlantic course following previous wins in Class 40 in the Route du Rhum, in the AG2R double-handed transat when he sailed with Adrien Hardy, and in the Mini-Transat in 2009. At the finish he spoke about the intensity of a long race when both APIVIA and Charal were always waiting for LindedOut to make a mistake.

“The boat was perfect,” he said, “all our modifications following the earlier races of the year proved to be judicious. The rest was a question of energy, of how much commitment we were willing to put into winning. And it was huge. We didn’t take a breath. On such a long transatlantic race, it’s impressive, but that’s where the partnership and commitment with Morgan came into play – he has an incredible talent.”

Lagravière spoke of an “almost perfect” race when LinkedOut often seemed to sail into better breeze in the later stages when her pursuers where faltering. “This crossing of the line crowns an almost perfect transatlantic race, with hard moments, but the immense satisfaction of having made fewer mistakes than our opponents, of having made the right choices overall and of having known how to handle this extraordinary boat,” he said. 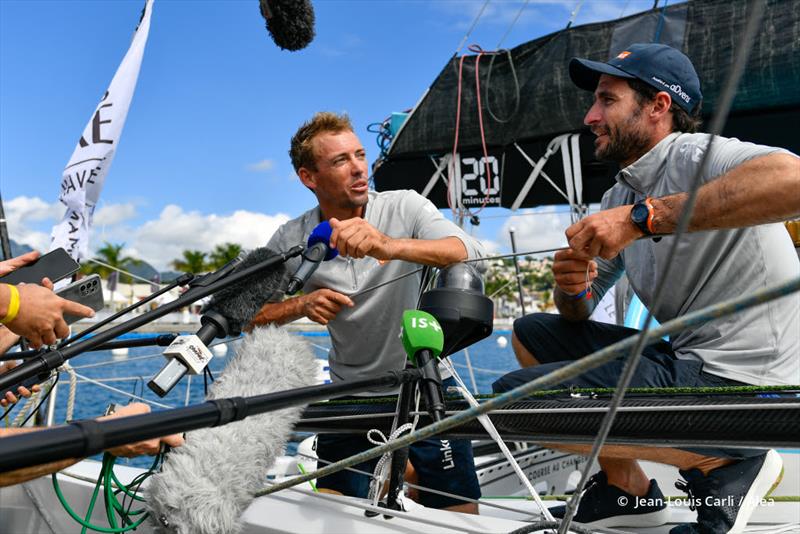 LinkedOut’s victory marks an important milestone in the history of the IMOCA Class – the first boat to win a major long distance race with title sponsorship promoting a social cause (the LinkedOut charity helps homeless people), underlining that sporting success can be part and parcel of a campaign committed to good causes.

The victory also completes a remarkable treble for superstar naval architect Guillaume Verdier whose designs have won all three classes that have finished this Transat Jacques Vabre so far – Gitana/Maxi Edmond de Rothschild in the Ultime division, Primonial in the Ocean Fifty class and now LinkedOut in IMOCAs. 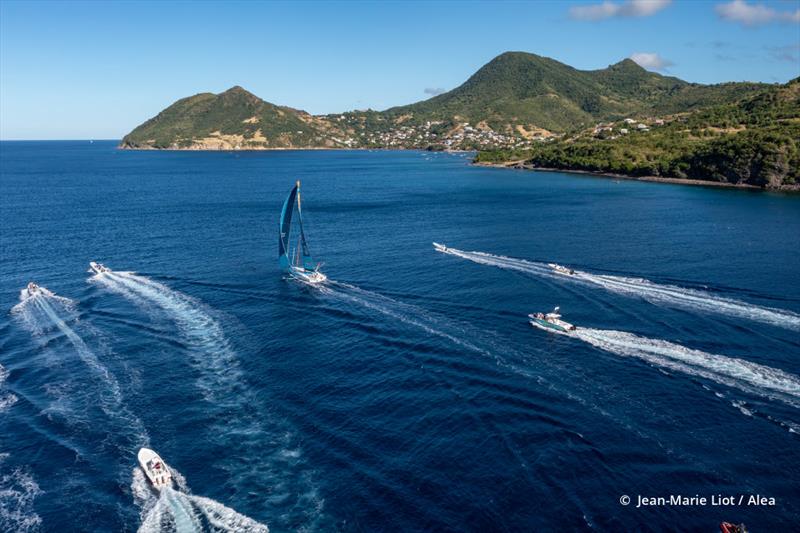 As APIVIA and Charal head for the finish, it is already clear that this race is going to have a major impact on the new IMOCA Globe Series 2021-’25. With Justine Mettraux and Simon Fisher, the pre-race leaders in the championship on 11th Hour Racing Team-Alaka’i, having dismasted, they have now dropped down to 16th position. In their place at the head of the ranking is Dalin and Meilhat, with Ruyant and Lagravière now up to second and with Sébastien Simon and Yann Elies, who are on course for fourth place in this race on ARKEA PAPREC, in third overall.

See the latest positions at www.transatjacquesvabre.org/en/map-tracker