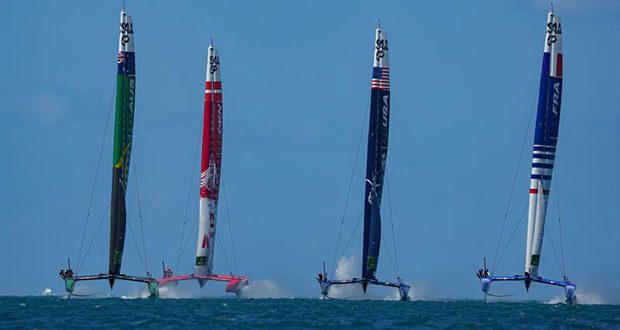 Tom Slingsby’s Australia SailGP Team started its defense of the SailGP Season 2 Championship in perfect fashion by ending the first day of the Bermuda Sail Grand Prix presented by Hamilton Princess top of the leaderboard with a clean sweep of three wins from three.

Having brought the racing forward by one day due to the light wind weather forecast, the decision paid off. The long-awaited start of SailGP Season 2 got under way in spectacular fashion – steady winds, blue skies, beautiful turquoise Bermuda water and eight of the sport’s top athletes raring to go and make an early claim on the championship title.

Having been soundly beaten by the most successful Olympic sailor of all time, Great Britain’s Sir Ben Ainslie in Sydney – in front of his home fans in SailGP’s prior event last year – Slingsby got his revenge in commanding fashion.

A stunning late overtake of Billy Besson’s France SailGP Team propelled the Aussies to victory in race one, before the team dominated race two to extend its lead in first place with 20 points from a possible 20. 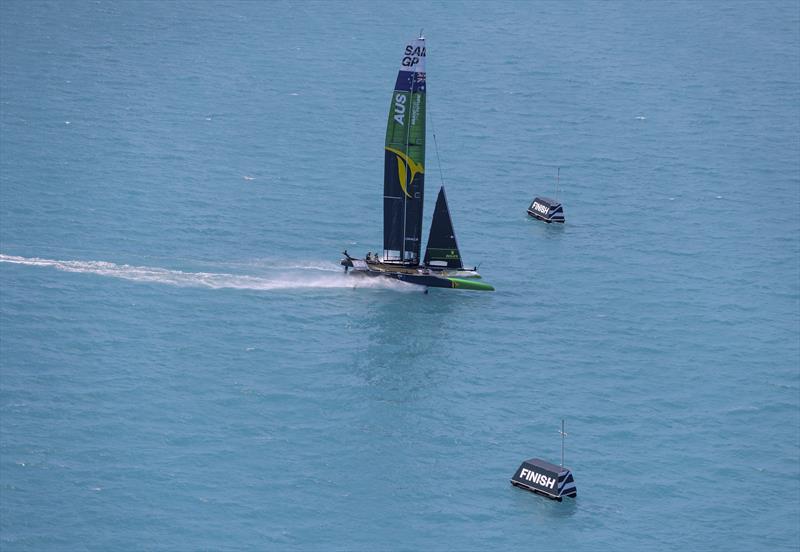 A fantastic battle with Ainslie’s British team at the front of the pack in race three was eventually won by Slingsby, who ended up crossing the finish line 11 seconds ahead of the British team. Slingsby said: “I couldn’t be happier. For me it wasn’t about the results – it was about how well we sailed together. Everyone did an amazing job. We have always felt we have an edge in windier conditions and today showed that. It’s nice to not have the pressure of performing in those opening races now and we can look forward to tomorrow.” 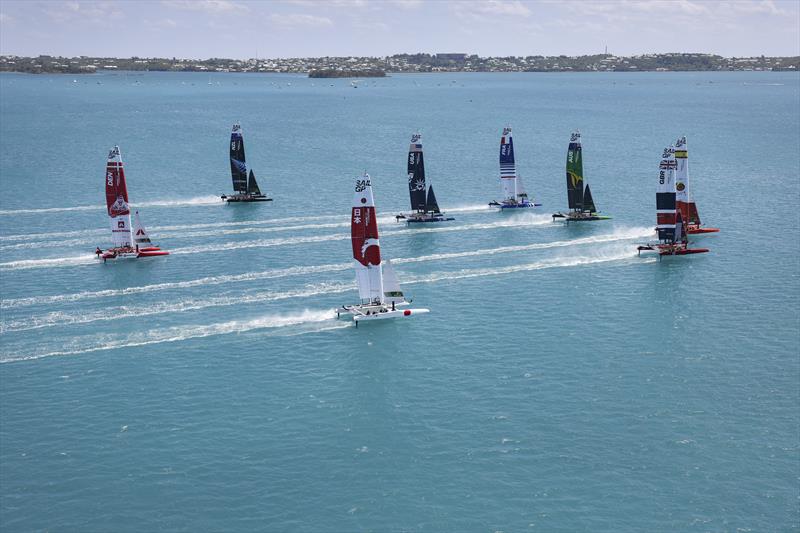 Meanwhile, Season 1 runner-up Japan – with Nathan Outteridge at the helm and sporting a new-look team including eight-time world champion Francesco Bruni and Olympic bronze medalist Chris Draper – put in a good showing to prove the team’s credentials as serious Season 2 Championship contenders, ending the day level on points with Besson’s French team. Australia’s day one dominance was a sting for Peter Burling and Blair Tuke’s New Zealand SailGP Team which was racing in its first ever SailGP event. A sixth placed finish in the opening race was the best it got for the team, who finished last in each of the following two races to end the day at the bottom of the leaderboard.

Burling said: “Today was a real baptism of fire for us. We struggled to keep the boat under control. It felt like we had some really good points in all of the races but we couldn’t quite pull one race together. It’s only the second time sailing our boat and the first time in that breeze. There is something always hard about learning while racing at an event but that’s what we are going to have to do.” Also disappointed with his opening day performance was Ainslie, who finished the day in fifth place and fighting to make the final podium race tomorrow. 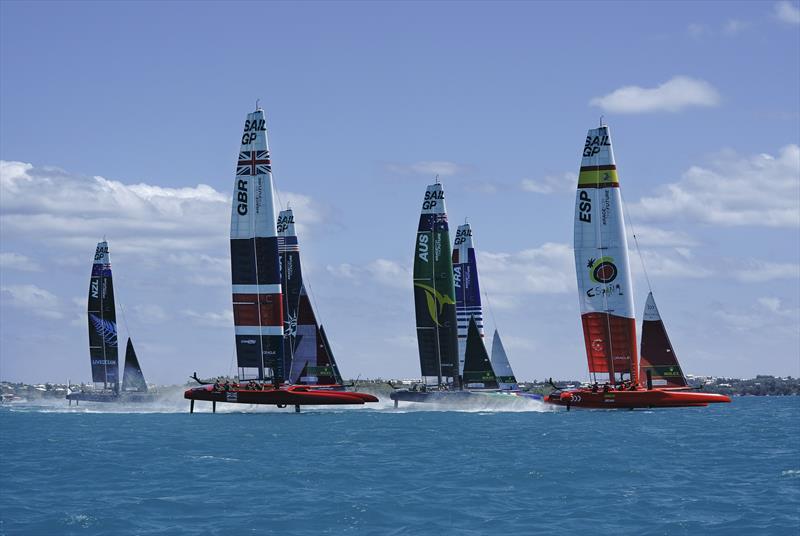 Ainslie said: “It was a tough day, the first two races in particular. The final race we had the lead after a good start but couldn’t handle the boat well enough and the Aussie’s got past us and we ended up second, so I am pretty frustrated with that. But, we have got to learn from it and come back better. It’s going to be tough to make the podium race tomorrow from here so we are going to have to fight for some good finishes and probably need to win at least one race if we are going to have a sniff at getting into the top three, but that will be our goal.”

The battle to make the final podium race tomorrow, Sunday April 25, to decide the winner of the Bermuda Sail Grand Prix presented by Hamilton Princess, is going to be tough with a number of teams in contention. In a change from Season 1, the final race will consist of a podium race featuring the top three teams on points after five races. These teams will compete in a winner-takes-all race to decide the victor and determine the final leaderboard for the Bermuda Sail Grand Prix. 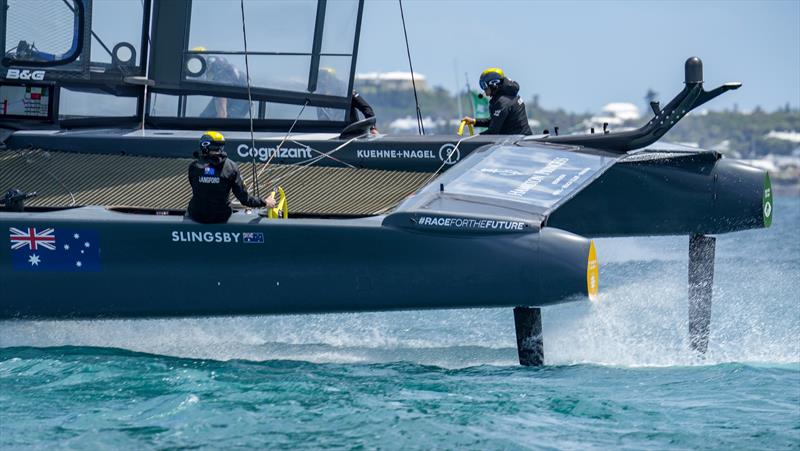 Spithill said: “We are one position back from qualifying for the podium race tomorrow. I think the Aussie’s are pretty much gone, so it will be a real fight for the last two positions but we are looking forward to it. It will be a lot of fun.”