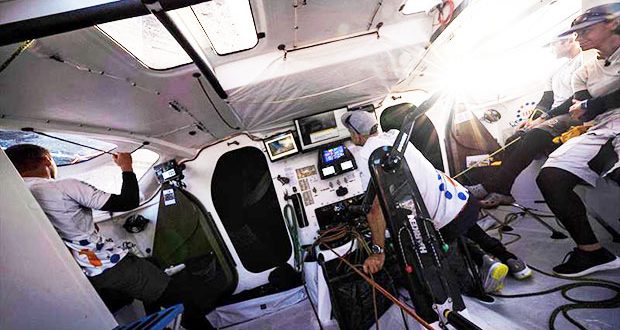 The Défi Azimut-Lorient Agglomération 48 Hours served up the perfect short test for the 2022 IMOCA fleet, as the boats heading for The Ocean Race, and the majority in solo configuration, took on a triangle course in the Bay of Biscay.

In the four strong fully-crewed fleet, tackling a 545-nautical mile course, the 11th Hour Racing Team crew on board Malama, skippered by the American sailor Charlie Enright, dominated from start to finish. In the solo division, it was another uncompromising display by Charlie Dalin on APIVIA, on a slightly shorter 505-mile track. 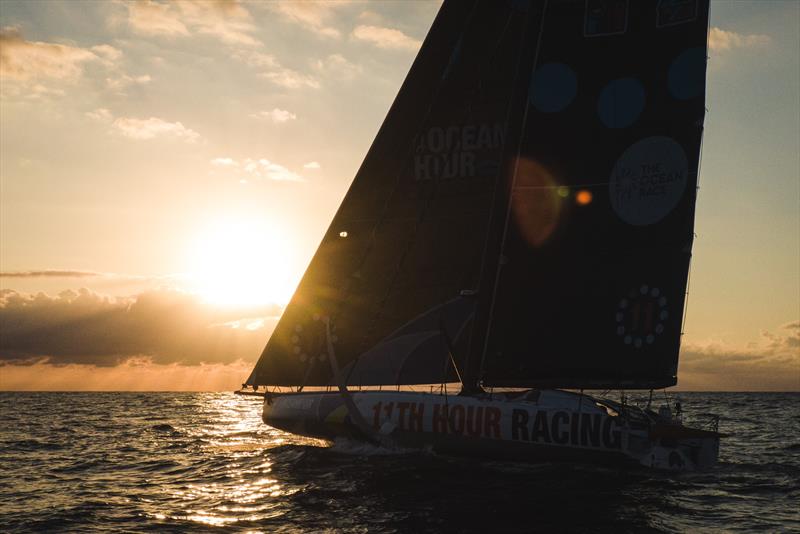 The races started with a nice medium-air downwind leg to the Azimut 1 mark, 215 miles southwest of Lorient, before the boats then reached in light winds to Azimut 2 – 200 miles due south of Lorient – before heading upwind to the finish in variable winds that increased for a while overnight. 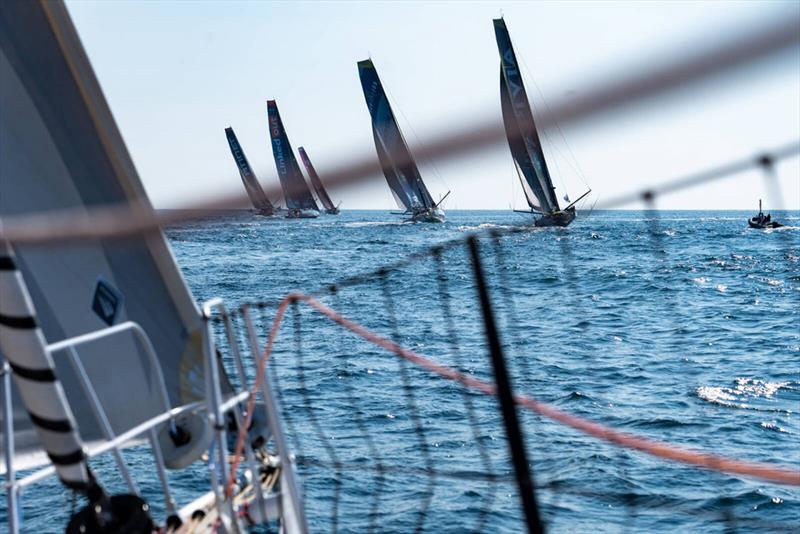 Enright was delighted with the way his boat and crew fared in their first competitive contact with some of their rivals in The Ocean Race fleet. That contest saw Guyot Environnement-Team Europe, skippered by Benjamin Dutreux, finish second, just 18 minutes ahead of Boris Herrmann’s Malizia-SeaExplorer in third, while Paul Meilhat and his team on Biotherm retired.

“We feel happy for sure – we had a good start and a good finish and we sailed pretty clean,” said Enright at La Base marina in Lorient after the finish. “It was nice to line up with the other boats in our division, but nice to have the (solo) boats too and see if we could figure out some stuff they had going on.

“We do all our training by ourselves,” he added, “so we need to check in with the other boats and ratify what we think and make sure we are headed in the right direction and we still learned a lot on the boat.”

For Paul Meilhat and his crew, it had been a mad rush to get the brand new Biotherm ready for the start and, in the end, they had to abandon the race short of the finish and head for Port-la-Forêt because of problems with the winch unit in the cockpit.

But Meilhat, who is now getting ready to head off on his qualifier for the Route du Rhum-Destination Guadeloupe, said he was pleased to have sailed the majority of the course. “These two days of sailing have been precious and enriching for the crew,” he said. “It was essential to be able to participate in the 12th Azimut challenge and these 500-miles of racing were very positive for all of us.”

In the 24-strong solo division, Charlie Dalin took the lead early on. He never looked back, despite having Thomas Ruyant in LinkedOut, who was second 48 minutes behind him, and Jérémie Beyou on the new Charal 2, who was third – another 9 minutes back – on his tail.

This was Dalin’s third consecutive victory in the Class, following his win in this year’s Guyader Bermudes 1000 Race in May and the Vendée Arctique in June. And the APIVIA skipper enjoyed every minute of it, as he and Ruyant used their older boats to good effect once again.

“It’s a race I was looking forward to because there were a lot of new boats,” he said. “It’s the last rehearsal before the Route du Rhum, so everyone has made their final adjustments and been able to test them, so we have too. Everything is pretty much validated and there were a lot of positives about this race and I had a lot of fun.”

On her first competitive outing Charal 2 performed well for Beyou, as did Maxime Sorel’s stunning looking V And B-Monbana-Mayenne which was fourth, finishing just 35 minutes behind Charal. Then it was Kevin Escoffier, also on his first race on Holcim-PRB. He was followed by the Swiss sailor Justine Mettraux who had an excellent debut race on Teamwork, with Sam Davies following hot on her heels on the new Initiatives-Coeur.

Escoffier had a great time in sparkling conditions out on the Bay of Biscay and enjoyed pacing himself against fellow St Malo skipper Sorel. “I gave it my all and we sailed with Maxime, which was nice,” said the Holcim-PRB skipper who will be leading an Ocean Race campaign after the Rhum. “We know Maxime’s boat well…it is a very good boat and Maxime is a good sailor from St Malo. It allowed me, with Holcim-PRB, to calibrate myself against one of the best boats in the fleet.” He added that he managed to get some sleep by setting his boat up so that she could travel at up to 30 knots without being too stressed.

Behind him Sam Davies was trying to learn her new bright red racing machine after less time than Escoffier to prepare for its first race. “It was so good, the boat is amazing,” said Davies with a big smile at the finish. “I’m less scared of it now. I was in the game. It was going super-fast, it was beautiful. At the start we were (going fast) and we were side-by-side with Justine. Then I had a few problems. I filled the boat with water – nothing serious – which slowed me down. I’m starting to understand my boat well, so I was able to attack while trying to keep an eye on everything,” added the British navigator who admitted she did not get a wink of sleep throughout the race. 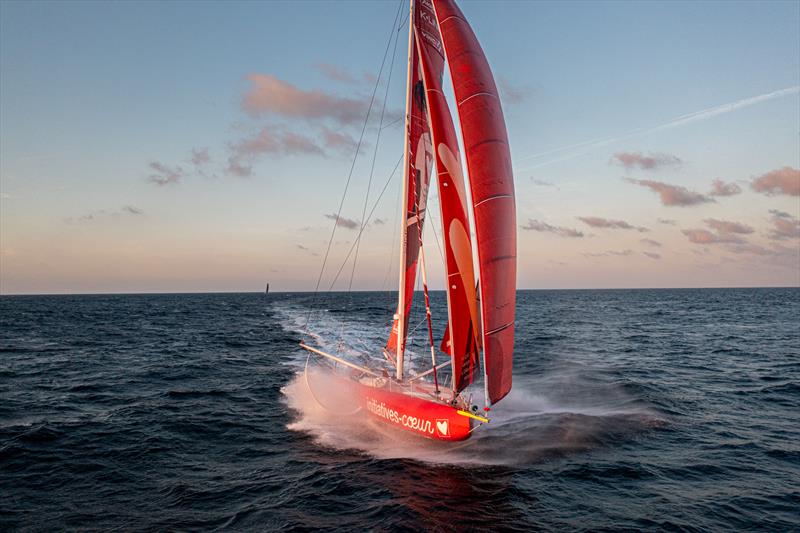 In the non-foiling fleet, the first to finish was Tanguy Le Turquais on Lazare in ninth position, while Benjamin Ferré was the next best finisher in 11th place on Monnoyeur-Duo for a Job. Of the 24 starters all were on course to finish but one, DMG MORI Global One skippered by Kojiro Shiraishi, who retired in the early stages.

The 2022 Défi Azimut concludes on Sunday with the traditional fun race around the Île de Groix, which looks set to take place in light winds and glorious sunshine.