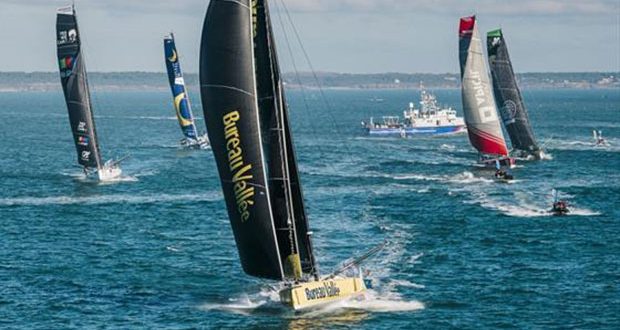 The new rules which are in force until 2025 were unveiled by the IMOCA Class last week. They are interpreted by skippers Thomas Ruyant and Romain Attanasio.

The new four year cycle means new ambitions, objectives and with that, a new iteration of the IMOCA rules which govern the development ocean racing class for which the pinnacle solo event is the Vendée Globe.

The last race was completed seven weeks ago. Already skippers and their teams are busy with the next 2024 edition in their sights. Before the next generation of new boats can be formulated the measurement rule has to be updated. This was undertaken at the annual meeting to decide the changes for 2021 and 2025.

What is the objective of the rules?

“To have fair rules which leave room for innovation but which preserve the existing fleet as well as maintaining budget control”, explains Antoine Mermod. The Class president also says the class is about maximising safety and the importance of limiting the environmental impact. He says it is about “technical evolution, not a revolution.

“These are not major changes but they allow certain aspects to be fixed so as not to allow evolution to run away unchecked”, confirms Thomas Ruyant who was 6th in the Vendée Globe.

Foils are an increasingly important contributor to all round performance and they have been getting bigger and more powerful but obviously there have to be limits to keep costs realistic and consolidate the knowledge about the foil engineering. A size limit has been set, even if their outline and profile shapes and configuration can always be decided by the teams.

“The larger the foils, the more surface there is and therefore the more power there is,” summarizes Ruyant, “This rule now keeps foils which are not too powerful which therefore are not difficult, dangerous or hard to manage solo.”

Romain Attanasio, 14th in the Vendée Globe, adds: “It was important to decide on this matter because some options used were sometimes too extreme. Now, four boats are over the limit since they are limited to 8m2, the size of the foils of MACSF and APIVIA.”

On-board electronics must now comply with an approved list and the number of sails is limited. And more elements are becoming one-design, following after one design mast, keel rams it is now the turn of the boom, standing rigging and satellite communication system to be standardized.

“These are ways to contain costs at the design stages,” says Thomas Ruyant. “But we must be careful not to limit everything, so the rule remains open so as not to have one-design boats.”

“What is tricky is to make sure that the limitations do not actually promote more detailed R&D looking for other avenues which can ultimately lead to increased costs,” Romain Attanasio analyzes. “Sails for example, teams who have the money can design and build more sails leave them in the container and just make their choice at the last moment before the start depending on the weather so it is not perfect but a compromise had to be found.”

Interviewed by Tip and Shaft, his partner, Sam Davies assures us that, “We could have gone further in limiting costs” notably with “a boom and one-design rudders”.

Safety, environmental impact: the progress of the Class

Steps have also been taken to improve safety and security. The rules to foster unsinkability and the impact resistance of the hull, at the level of the keel and the foils, have been further improved.

“After each difficult experience, like that of Kevin (Escoffier) or the one that almost happened to me in 2016 (a shock with a UFO off New Zealand, there is a real sharing of experience between the teams, adds Thomas Ruyant, “This sharing of information and consolidating ideas is particularly valuable for collaborating together and making the boats even more reliable.”

There is a real focus now on the need to reduce the environmental impact of the boats and the races. In this context, the use of bio-sourced materials for the non-structural elements of the boat is favoured, as are sails made of alternative materials or entirely recyclable – which was the case on the last race with Pip Hare and Ari Huusela. These will become increasingly mandatory as will be using sustainable energy sources.

“These are small steps in the right direction,” assures Romain Attanasio, who says solar panels have become more and more efficient over time.

In addition, the teams are all signatories of the “IMOCA Teams Charter” which aims to ensure that each team adopts practices that are more respectful of the environment. “It is also at this small level that initiatives can be put in place,” says Ruyant “It involves thinking about how a project works, how to involve the team and partners to the maximum.”

So the general trend is to be more secure, more “green” and control spiralling spending, the new IMOCA rule is about meeting the challenges of these times.

Ruyant adds “The rule does not block everything, it remains open and we will therefore continue to promote semi-flying boats, exciting to look at and which will make people dream.”