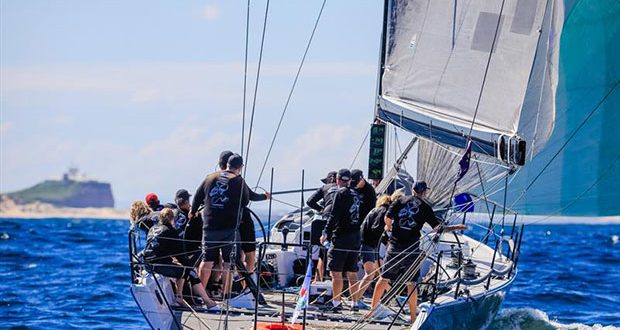 It was a rare sight indeed to see eight top-flight TP52s going toe-to-toe on a start line, but ultimately a familiar name topped the IRC leader board on Day 1 of the TP52 Gold Cup at Newcastle SailFest Regatta.

Matt Allen’s Ichi Ban claimed two of the three windward-leeward races contested off Newcastle’s Merewether Beach as the harbour city turned on a fluky and fluctuating south-westerly breeze. Those results were contrasted, however, by a sixth placing in Race 2.

“It was a mixed bag out there and I don’t think any boat strung three great races together,” Allen said. “In the middle race the breeze started shifting then just died on us. Otherwise the conditions were really good, and it’s certainly the best fleet of TPs that I’ve seen together in Australia.” 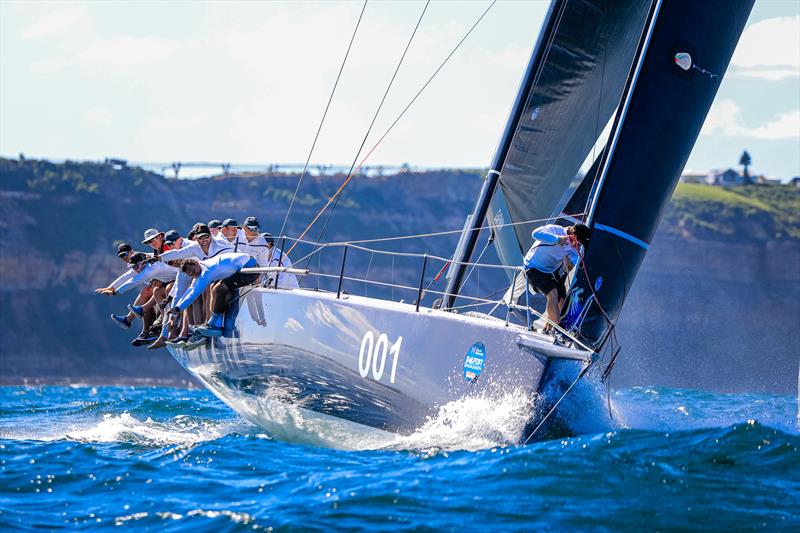 Sebastian Bohm’s Smuggler is tied with Patrice on 10 points while leading on both TPR and AMF.

“Very pleased,” Bohm said. “After missing out on quite a few races lately, everyone was certainly pumped and ready to go sailing. We came out of the gates with good speed today.

“I’ve owned the boat for 18 months but we’re really only just starting to get used to it. Steve McConaghy is calling the tactics and he did a great job today. We’ve also got a great crew and a great shore crew, so it was really enjoyable.”

Denali, owned by Damien Parkes, was one of the early casualties, destroying its headsail on the first leg of the first race.

When you make an error or have a breakage in this fleet, you’re out the back door because our speed is all very similar,” Parkes said. “After that, the breeze was all over the place and our results were the same.

“Still, I think the crew are pretty thirsty tonight because we really haven’t been together since Christmas and, of course, there was the let-down of not going to Hobart. It’s great being here – it’s a great club, well-organised and so courteous.” 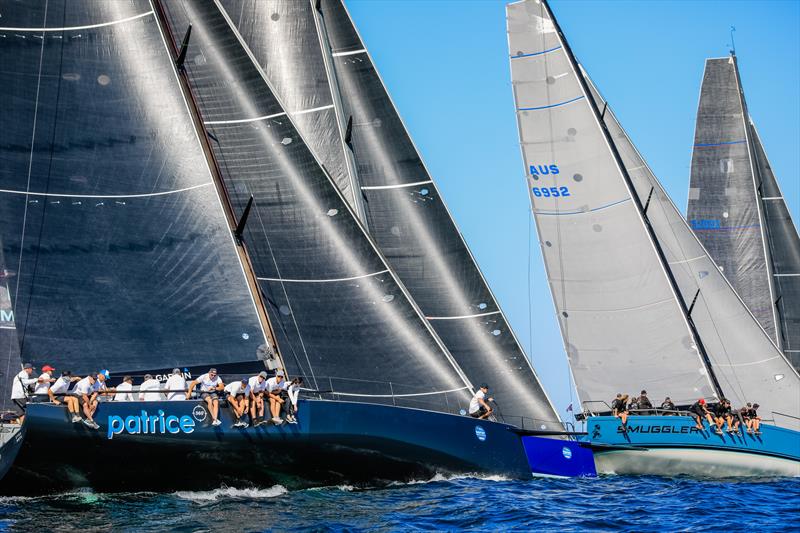 An even harder-luck tale belonged to Andy Kearnan from KOA, with costly breakages in all three races.

“It wasn’t great for us – our nearly new main halyard stripped just before the first race, so we had to have someone up the mast for about 40 minutes to jury-rig something,” Kearnan said. “We started the second race, but a runner block blew up – one of those bizarre things that you can’t prepare for.

“And in the third race we were looking famous – got a great start – and then our mainsail ripped in half in 10 knots of air. So that was our day, and we’re now trying to get some gear together so we can sail tomorrow.”

In the SailFest Newcastle Offshore series being sailed in conjunction with the Gold Cup, 14-year-old Indy Beck steered the canting-keeled Shaw 11 Little Nico into the PHS lead in his first time at the helm. 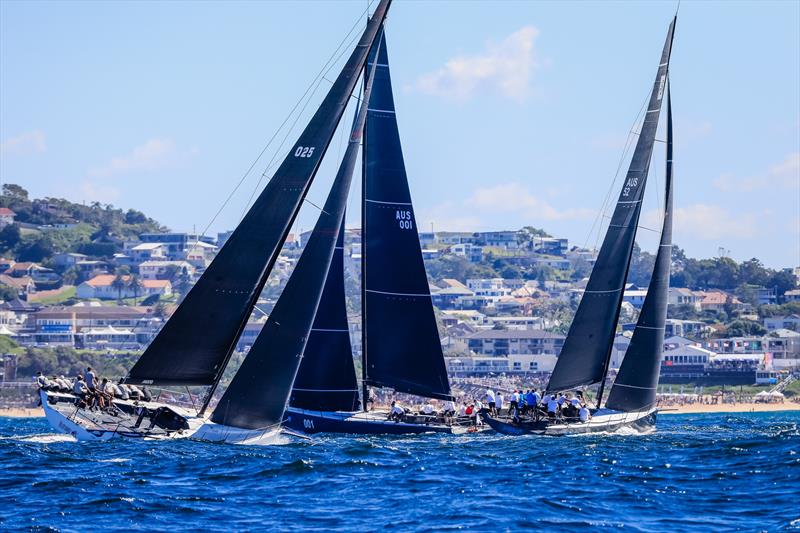 “I normally skipper the MC38 Info Track and this boat is so different – it has a canting keel, so there’s hardly any heeling even in 15 knots, and it accelerates incredibly well,” he said. “I’d like to thank the boat’s owner, Adrian [Walters], for letting us take it out for this regatta.”

Principal Race Officer Denis Thompson says the conditions made for exceptionally tight racing: “It certainly made the tacticians think and it was surprising just how close the boats were throughout the day.”

He is now keeping a close eye on tomorrow’s forecast as weather models are fluctuating as much as today’s breeze – some are predicting upwards of 30 knots from the west. A decision on the passage race will be made tomorrow morning, with the start currently planned for inside Newcastle Harbour at 10.30am.

Results can be found here.

Port Hunter ‘Cock of the Harbour’

Brothers Daniel and Nathan Van Kerckhof on Send It Marine were crowned the Cock of the Harbour winners, etching their names onto one of the oldest trophies in Australian sailing.

Representing Tanilba Bay Sailing Club, they were piloting a brand-new Goodall Akurra F18 cat – one of only two in the world and having just its third ever outing as part of an ongoing development program. 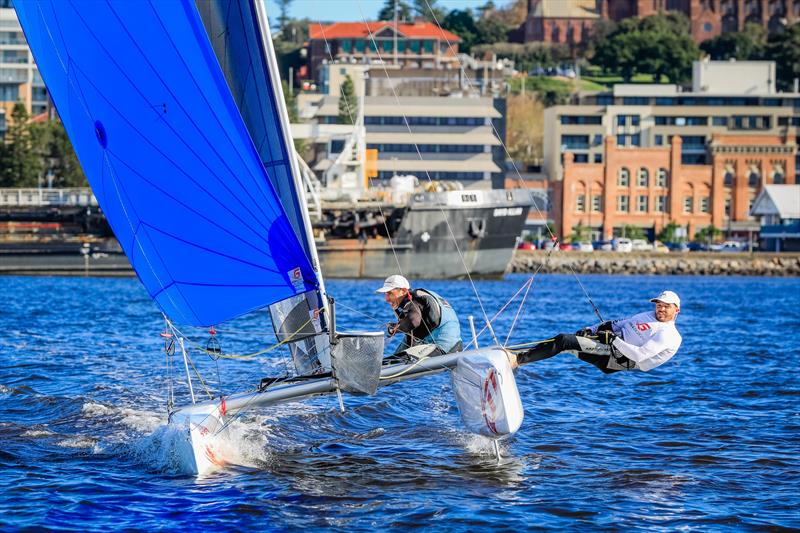 “The boat is straight out of the box, including the sails, but they do such a great job with the engineering,” skipper Daniel says. “You could go to Brett Goodall and say I’d like the same boat as the Cocks of the Harbour are sailing, and it would be identical. We’d also give a plug to Harken and Vaikobi.”

Nathan adds: “Comparing it to our last boat, a C2, it definitely feels like it accelerates quicker, but we can’t wait to get it into some stronger breeze and really blow the cobwebs out.”

They narrowly edged out the F20 Thunderbolt (Brett White, Ethan McAlauf), while another F18, 1484, finished third.

Fastest of the monohulls was Waddles, a local 16-foot skiff crewed by David Croft, Anthony Johnson and Greg Linich. It crossed the line eighth overall, no match for squadron of F18s on the day.

Monohulls dominated the yardstick handicap placings, filling eight of the top 10 places, and it was an all-VS podium led by 2 Sailors + 1 with John Jefferson, Pete and Brody Sullivan aboard. Second was Stowe skippered by Tim Dodds, from Meeks Real Estate in third. Send It Marine was the best-placed cat.

Sailfest Newcastle is supported by City of Newcastle and NSW Maritime.