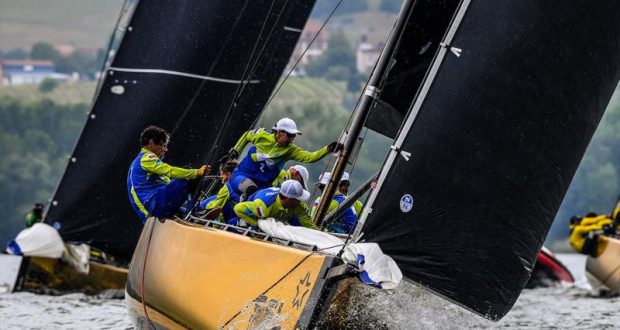 At the end of Day 1 of the SSL Gold Cup 2022 Qualifying Series Round 2, SSL Team Slovenia leads with a little advantage over its opponents, SSL Team Lithuania and SSL Team Ecuador.

They may have had the best start in Race 1, but SSL Team Lithuania’s “The Ambers” had to settle for 3rd and last eventually. “Race 1 went very well for us”, told Rokas Milevicius – SSL Team Lithuania’s tactician. “We won the start and we were leading the first half of the race. Ecuador actually had a great angle at Gate 2. We rounded the gate altogether and we just had a bad maneuver and tacked in a rush. 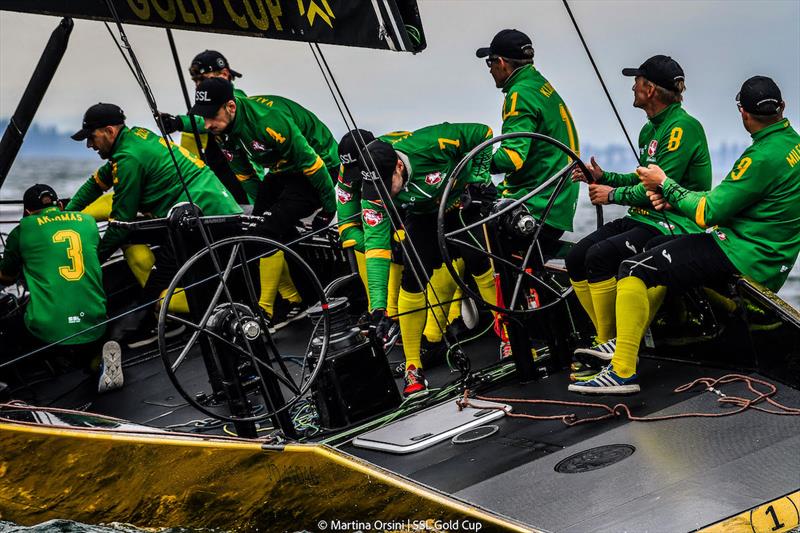 In Race 2, they also had the best start, but this time, they did not leave their lead to their opponents and cruised to victory, sailing clean and fast. “It was an even start, we then kept our side and were the first to read the left shift and got us to the top mark first. We then let the other two teams fight and extended our lead”, concluded Rokas Milevicius.

The “Krpani1860” from Slovenia – nicknamed after their national mythical figure – won Race 1, but then they had to fight a hard battle in Race 2 against the underdog SSL Team Ecuador to win the second spot. 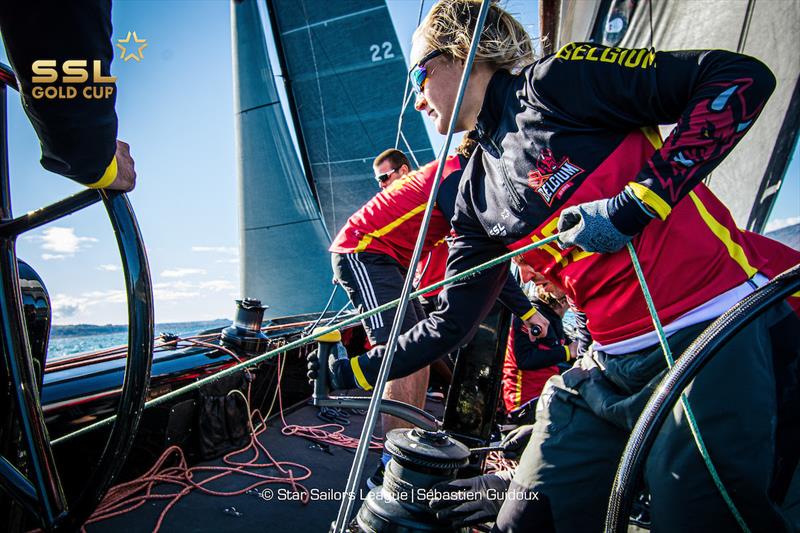 This crucial second place was all down in the last Leg when Slovenia – captained by Vasilij Zbogar, Finn and Laser Olympic Silver and Bronze medalist – gybed in front of “La Tri” of Julio Vélez who, despite coming back very strong at Mark 3, had to bow down. “We had a nice battle with the other teams, especially with SSL Team Ecuador in the last downwind of the last race”, told Igor Lah (Slovenia’s helm). “It is always a challenge when you have someone chasing you from behind, you have to keep an eye on them especially on the gybes, so it was a little bit stressful!”. 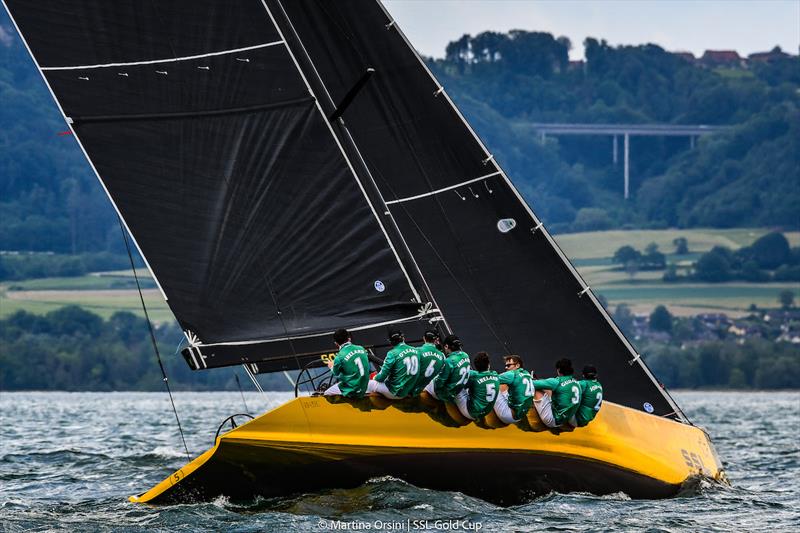 For SSL Team Ecuador’s helm Jonathan Martinetti, it was a challenging but interesting day. “The day was great, we had two good races, it was the first time for our team to race on the SSL47, the boats were all very close and the last race we finished third but only a boat length from the second one. We are pretty happy with our performance, and we’ll hopefully keep on going and gain some places.”

With just 2 points difference between Slovenia (5 points) and Ecuador (3 points), everything is still open for all in this small three-team Group 3.